But the polls indicated many of the 44.5 million voters were still unsure of their choice at the end of the election campaign and that an upset was possible.

Twelve candidates are standing in Sunday’s first round.

If, as expected, none wins an absolute majority, the two leaders will go through to a run-off on May 6.
About one million citizens in France’s overseas territories and French residents in the Americas were able to vote on Saturday, in a move to encourage voter participation.
Voting began in mainland France at 8 am (0600 GMT) on Sunday.
Opinion polls giving an initial indication of the result are expected to be released straight after voting ends at 8pm (1800 GMT).
Final push
On Friday, France’s presidential candidates made a final push for support in advance of Sunday’s first-round ballot, with most final polls giving conservative candidate Nicolas Sarkozy the edge over his main rival, Socialist Segolene Royal.
Royal, who is seeking to become France’s first woman president, said: “[Voters] know they are going to write a very important page in the history of France.”

A campaign blackout and poll embargo came into force at midnight on Friday and the final flurry of opinion surveys provided mixed messages to all four leading candidates.

The BVA and Ipsos institutes showed Royal had continued to narrow the gap slightly on Sarkozy but forecast that the former interior minister would go on to win a May 6 run-off against the Socialist by 52 per cent and 53.5 per cent respectively.
However, a CSA poll for the Le Parisien newspaper made the race a dead heat and put far-right leader Jean-Marie Le Pen in third place, ahead of centrist Francois Bayrou.
In 2002, Le Pen stunned France by knocking out the Socialist candidate to win a place in the run-off against Jacques Chirac, the outgoing president who secured a comprehensive victory.
The election campaign has run against a background of fears over jobs, immigration and security.

Police say no special anti-riot measures have been ordered for polling day beyond standard voter station security. But officials could ban the purchase of petrol in jerry cans – a measure imposed during the 2005 riots – if warranted. 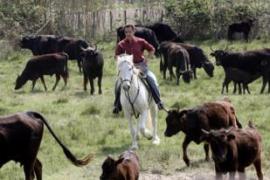 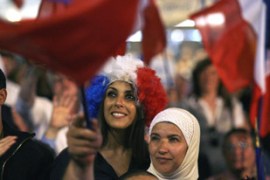 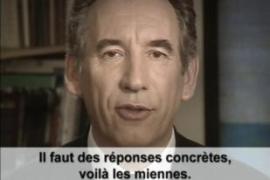 Candidates make broadcast appeals to electorate ahead of first round of voting.