Witnesses said polling began at 10am (09:00 GMT) in the commercial capital Lagos, as well as in northern Kaduna and Katsina, and in Abeokuta in the southwest. Voting started hours late in some places because ballots were delivered late.
Authorities banned private vehicles on the roads of Lagos and ordered troops and police onto the streets to check vehicles there and in Yenagoa for potential trouble-makers.

More than 50 people have died in violence since chaotic state elections on April 14 and many more were reported dead in political violence before that vote.

The attacks underlined concerns that the elections will be undermined by violence and fraud as officials made a last-minute scramble to get ballots in place.

Speaking about Saturday’s attack on the Independent National Electoral Commission offices, Sunday Ehindero, the national police chief, said: “A tanker fully loaded with substance yet to be fully identified attempted to burn down INEC headquarters in Maitama, Abuja. The tanker was unmanned.”

The driver of the burning vehicle had jumped clear, leaving the throttle jammed down with a rock, but it stopped short of its target. He said the fire was extinguished before a gas cylinder intended to act as a detonator could explode.

Ehindero called on Nigerians to go ahead and vote and slammed what he called the “criminal desperation” of the unknown attackers to sabotage the election.

He said: “Yesterday, so-called militants in Bayelsa state attempted to kidnap and kill the governor of the state, because they want to abort the presidential elections.”

The governor targeted, Goodluck Jonathan, also the governing party’s vice-presidential candidate, was not scheduled to be in his home state until Saturday.

Baylesa is the home of the Ijaw ethnic group, which has been at the forefront of an armed campaign against the federal government ostensibly to demand more autonomy and a greater share of oil revenues.

Ballot accusation
In a separate incident, the opposition Action Congress reported that a lorry-load of completed ballots was seized by soldiers in north Nigeria.
The electoral commission said the claims could not be true because new ballot papers were still arriving from abroad after a last-minute change.
Accusations of election fraud and vote-rigging have been widespread, with all sides pointing fingers a week after regional elections were marred by violence and unrest.
‘Peaceful’ vote
On Friday, in a national address, Olusegun Obasanjo, the outgoing president, pleaded with his citizens to vote peacefully.
In his speech on Friday, Obasanjo acknowledged that the elections for provincial governors and legislatures were flawed but asked international observers for understanding.

“The world is watching us and we cannot afford to disappoint ourselves, our friends and the world,” he said

He appealed to election observers to “understand some of our limitations” and “not to exaggerate the negative” in Nigeria, a country which has a history of violence and electoral fraud.
Obasanjo said efforts had been made to improve on the shortcomings of past elections.
Boycott threat

On Tuesday, a group of 18 opposition parties threatened to boycott the national election unless the government could guarantee “transparency and fairness”.

But after three days of meetings, opposition parties were unable to reach a decision and the two main Nigerian opposition parties, the All Nigeria People’s Party (ANPP) and the Action Congress (AC), announced separately on Thursday that they will take part in polls to find a new head of state and legislative assembly.

The US, the EU and rights groups have expressed serious reservations over the polls and called on Nigeria‘s government to take immediate action to prevent electoral misconduct. 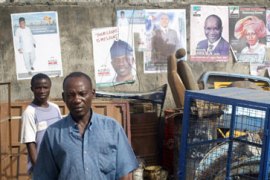 Nigerians will elect state officials on April 14 and a new president on April 21. 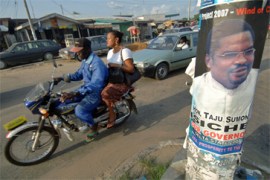 Profiles of the main contenders in Saturday’s elections in Nigeria. 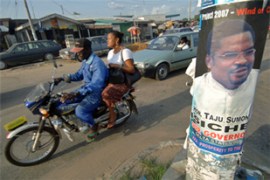 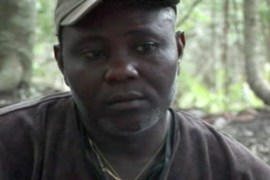