“While in custody, plaintiffs were subjected to torture and cruel, inhuman or degrading treatment, including arbitrary, prolonged and indefinite detention, for expressing their free speech rights and for using the internet to communicate about democracy and human rights matters,” the complaint said.
Financial benefit
The suit, backed by the World Organisation for Human Rights USA, is seeking unspecified damages and wants Yahoo! to actively secure the release of any detainees.

“Defendants had every reason to know and understand that the electronic communication user information they provided to authorities could well be used to assist in the infliction of such abuses as arbitrary arrest, torture, cruel, inhuman or other degrading threat and prolonged detention and/or forced labour,” it said.
China is the world’s second largest internet market.
Morton Sklar, the group’s executive director, said businesses “should not be participating actively in promoting and encouraging major human rights abuses”.
Company’s response
Yahoo! has acknowledged turning over data on its users but has said it is legally compelled to do so.
It said it was distressed that Chinese citizens had been sent to prison for expressing their views on the internet, but “companies doing business in China must comply with Chinese law or its local employees could be faced with civil and criminal penalties”.
Yahoo! said the US government should seek to lobby for political prisoners in China.
The suit names Yahoo!, its Hong Kong subsidiary and Alibaba.com, China’s largest e-commerce firm partly owned by Yahoo!, as defendants.
Source : News Agencies

The union representing journalists in the UK and Ireland has called on its 40,000 members to boycott Yahoo! in protest at the company’s reported assistance to the Chinese authorities in cracking down on pro-democracy activists. 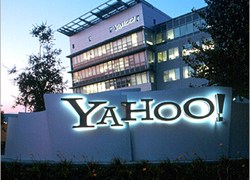 Internet giant Yahoo! has been accused for the second time of providing evidence to Chinese authorities that led to the imprisonment of a writer.