“After that Kerbala and Wasit [provinces]. Then it will be province by province until we achieve [this transfer] before the end of the year.”

Speaking in London, Des Browne, the British defence minister, hailed the transfer as a milestone but warned the next few months would be a crucial test.

“The progress made in transferring responsibility of these provinces demonstrates the sheer hard work and dedication of the Iraqis, the UK forces and our coalition partners in southern Iraq.”

British presence
Britain, which has 7,000 soldiers stationed in southern Iraq, pulled its soldiers out of Maysan’s capital Amara last year, redeploying them along the Iranian border inside the province.

The Amara withdrawal was hailed at the time as a victory by the Mahdi Army of Muqtada al-Sadr, a Shia cleric.

Violence in Maysan, a largely Shia province with large oil fields, has been sporadic in comparison with much of the sectarian bloodshed seen in Baghdad and other areas.

In October, hundreds of Iraqi troops were dispatched to Amara after clashes broke out between militias and police.

Two rival Shia militias have been vying for control of the province.

With the handover of Maysan, the third of the four provinces that Britain took charge of after the 2003 invasion, British forces now only have control of Basra province.

Tony Blair, Britain’s prime minister, said in February Britain would begin withdrawing a quarter of its 7,000 troops stationed mainly in and around Basra later this year.

Stabilising Basra has proven difficult, with occasional violent clashes breaking out between rival parties aiming for control of its vast oil wealth.

Al-Maliki has said US-led troops will leave Iraq when the country’s own security forces have established security in all its 18 provinces. 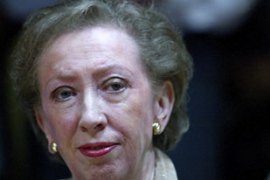 Britain may hand over Basra in 2007

Iraq’s southern province of Maysan will be the next area to be transferred to the control of Iraqi forces from foreign soldiers, Iraq’s foreign minister has said.

State of emergency declared in Basra

Iraq’s new prime minister has declared a state of emergency for a month in oil-rich Basra which is in the grip of a power struggle between Shia factions.