US officials announced earlier that nine American soldiers were killed and four wounded in two separate attacks in northern and north-eastern Iraq, the US military has said.

“The soldiers died as a result of injuries sustained following an explosion near their vehicles.”

In a second incident on the same day, three American soldiers were killed by a roadside bomb in Diyala, one other was wounded.

The US army’s Task Force Lightning is based in Tikrit, the former hometown of Saddam Hussein, the executed Iraqi dictator, and its patrols cover a wide area of northern Iraq rife with armed Sunni groups.

The deaths brought the US military’s losses in Iraq since the March 2003 invasion to 3,182, according to an AFP tally based on Pentagon figures.

Iraqi and US forces are in the third week of a security crackdown in Baghdad aimed at stemming sectarian violence.

US military commanders had expressed concerns that fighters could step up attacks outside Baghdad while the operation was under way in the capital. 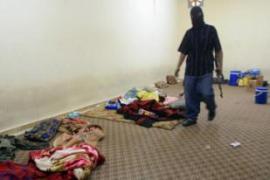 Investigation ordered after British-Iraqi raid on intelligence agency in Basra. 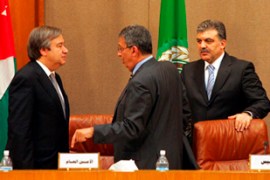 Amr Moussa calls for fair distribution of wealth and disbanding of militias in Iraq. 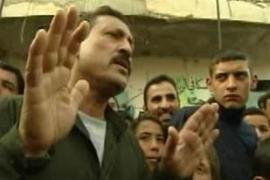