The interior ministry confirmed there was an incident in the Nijrab district involving “some casualties” but said it was trying to find out more details.

William Mitchell, a spokesman for the US military, said officials were looking into the incident. The Nato base in Kapisa is staffed by US forces.

The reported attack comes just a day after US forces killed up to 16 civilians in the eastern province of Nangarhar, after they opened fire following a car bomb attack on their convoy.

Hamid Karzai, the Afghan president, condemned the killings earlier on Monday and ordered an investigation into Sunday’s attack.

His office and the Afghan interior ministry on Monday put the death toll at 10 civilians while the coalition late on Sunday said eight Afghans were killed and 35 wounded.

Hours after the attack several hundred demonstrators gathered at the site, about 50km from the city of Jalalabad, to protest. They blocked the road in the Marko area for several hours.

The interior ministry on Sunday night said that the civilians were killed by gunfire from the foreign troops, but on Monday a spokesman said it was unclear exactly how they died. 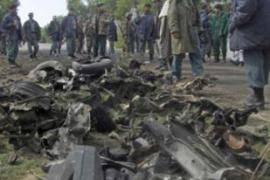 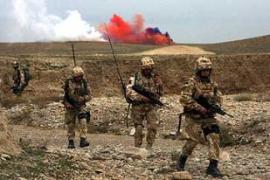 Nearly 1,400 extra troops to be sent to south to counter Taliban spring offensive.