“The purpose of the operation was to apprehend Alfredo Reinado and his associates. At this stage we haven’t apprehended him, however operations will continue until such time as we do,” the spokesman said.

Although no members of the ISF were killed or injured during the  offensive, “shots were fired and four armed Timorese men were killed  when they posed an immediate threat to the lives of the ISF men involved”, he said.

He said searches were under way including helicopter surveillance, roadblocks and foot patrols.

Many of Reinado’s supporters were understood to have fled the town, the Australian Broadcasting Corporation said.

Meanwhile, unrest has also broken out in the capital, Dili, with shots ringing out since the early morning, ABC said.

Xanana Gusmao, the East Timor president, who gave the ISF the go-ahead to apprehend Reinado, was due to make a national announcement on Sunday, but this had yet to be confirmed, the ABC reported.

Australian and UN security officials in Dili said they feared the outbreak of widespread violence if the Australian soldiers killed or injured the rebel leader. 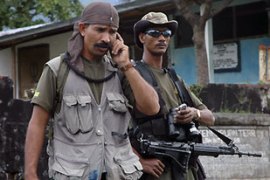 Rebel commander tells Al Jazeera he will defend himself as troops close in. 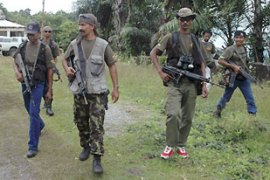 Manhunt comes amid fears of fresh violence in the run-up to presidential elections. 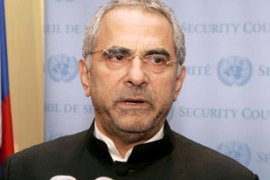 Jose Ramos Horta tells Al Jazeera he has the support of bishops and the president.