“Forming a new government is an obligation to move forward to achieve positive results on both levels of development and investment,” Saleh said in a letter to Abdul-Qader Bagammal, the outgoing premier.

“To implement what came in my political programme during the elections, what comes first is our people’s living conditions, battling poverty, corruption and eliminating the unemployment rate,” he said.

Megawar, 54 and French-educated, has held two ministerial posts in the past five years, becoming the minister responsible for electricity in 2006.

Bagammal “will continue in his position as secretary-general of the ruling party,” a senior official said.

In January, the World Bank’s private sector arm, the International Finance Corp said it was doubling the size of its global trade finance programmes to $1bn to boost emerging markets including Yemen. 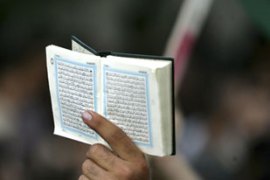 Military moves to restore calm after a French oil worker throws a copy of the Quran. 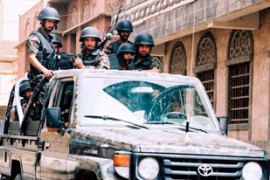 Clashes continue in Saada despite president’s call to fighters to lay down arms.