“After hectic efforts and talks with [local fighters in the tribal region], we have signed a peace deal with the government to help it fight terrorism,” Aziz said.

In return for the tribal elders’ support, the government will expedite development projects in the region, he said.

Shakil Qadir Khan, the top government administrator in Bajur, confirmed the agreement, but provided no details.

Taliban fighters continue to use the frontier zone as a launch pad for attacks into Afghanistan.

Musharraf, a key US ally, has sought accords across the semi-autonomous tribal region after a series of military operations failed to catch al-Qaeda’s top leadership or prevent Taliban fighters from finding sanctuary there.

Officials argue that the new deal will open the way for long-term development projects to counter the poverty that helps extremist groups find recruits among the tribal region’s young and unemployed.

However, critics say the government’s military pullback has handed even greater control to fighters.

Bajur has seen much fewer attacks on Pakistani forces than the Waziristan region further south, where the government struck peace deals with tribal leaders in 2005 and 2006.

In January 2006, a US pilotless ‘drone’ aircraft allegedly targeted al-Zawahri at Damadola, a village in Bajur.

Pakistani intelligence officials said then that al-Zawahri was not at the site but four other senior al-Qaeda militants were killed, although that information was never verified.

Thirteen villagers also were killed in the air raid. 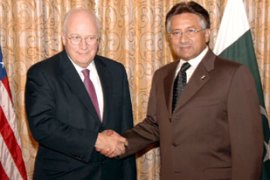 MPs threaten to end co-operation if US makes aid dependent on fighting Taliban. 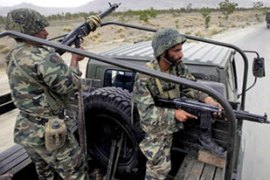 Cheney presses Musharraf to do more against Taliban in surprise visit to Islamabad. 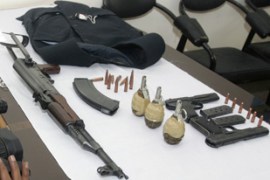 A shoot out in Karachi leads to the arrest of three al-Qaeda suspects.