Hosni Mubarak, the Egyptian president, welcomed the result in a brief televised address.
“The constitutional reform we have achieved is not the end of the road. These constitutional changes have opened the door to a long road of hard work,” he said.

Estimates from the Muslim Brotherhood and the Hesham Mubarak Law Centre, an independent group co-ordinating monitors, put the turnout at around three per cent.

All major opposition groups including the Muslim Brotherhood, which won one-fifth of the seats in parliament standing as independents in 2005 elections, told their supporters to boycott the referendum.

Mohamed Habib, the deputy leader of the Muslim Brotherhood said the government had made up the results.

“It is 100 per cent forged… They are lying,” he told Reuters news agency.

Al Jazeera reporters were outside polling stations all day and saw few people voting, and Reuters described the turnout as a “trickle”.

Amnesty International describes the changes as the greatest erosion of human rights in 26 years.

As well as banning politcal parties based on religion, a number of so-called anti-terror laws among the amendments will give police greater powers of arrest and surveillance – which critics say will turn the country into a police state.

Al Jazeera has obtained evidence that suggests the polling system may be badly flawed.

On Monday night, the Egyptian Council of Human Rights, a government body, said in a report that there were voting irregularities.

Ayman Mohyeldin, an Al Jazeera correspondent, said he spoke to voters who did not understand why they were voting and even found people who voted though they were ineligible to vote.

Oweid said: “A guy came with me and he said mark here and I marked on the green circle … I didn’t know what the ballot said.”

He said: “I came to the polling station [and] presented a press ID issued by the ministry of information that clearly stated that I am an American citizen working for Al Jazeera.

“I was handed a ballot and allowed to vote. At no time did I mislead authorities about my nationality or my identity.”

There is no guarantee that the ballot will be tallied but the incident highlights major loopholes in the voting system, Mohyeldin said.

The amendments, passed by parliament after a secretive drafting process controlled by the ruling National Democratic Party (NDP), target mainly the Muslim Brotherhood, a group which has built up strong support since it was founded in 1928.

Brotherhood leaders say the government’s aim is to push out the opposition and make it easier to install Mubarak’s son, Gamal, as the country’s next president.

Gamal Mubarak, head of the NDP, has denied he has presidential ambitions. In a briefing on Sunday, he said there was no link between the amendments and any plan to dissolve parliament. 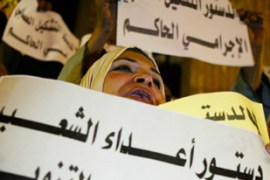 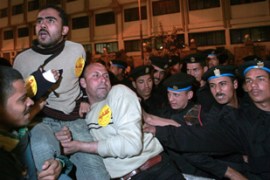 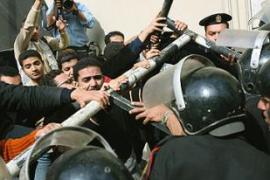 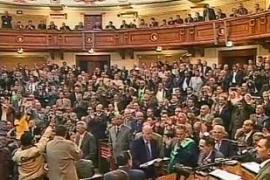