Working with the mouse form of malaria – not the human type – Rasgon’s team was able to genetically engineer mosquitoes that were resistant to malaria.
Infected
Starting with the same number of resistant and nonresistant mosquitoes, researchers found that after nine generations the resistant type made up 70 per cent of the population – raising the possibility of replacing regular mosquitoes with resistant ones that do not spread disease.
However, Rasgon said that in the laboratory work the insects were infected with a higher amount of the parasite than occurs in nature, and a larger proportion of the mosquitoes were infected.
“This was proof of principle,” Rasgon said. “The next step would be to work in a system more epidemiologically relevant … We’re not anywhere near a field release.”
Easy to manipulate
William Black, a professor of entomology at Colorado State University, noted that the work was done with plasmodium berghei, which infects mice, rather than plasmodium falciparum, which causes malaria in humans.
Plasmodium berghei is often used in laboratory work because it is easy to manipulate, but a lot of its properties are specific to that parasite and it is not always a good model for the human form, he said.
“On the other hand, finding a gene that confers resistance and is stable for a long period of time is significant,” he said.
“If they can repeat the work using the human parasite then there is a chance of taking it into the field.”
Doctor Woodbidge Foster, an entomologist at Ohio State University who was not part of the research team, said that while several laboratories have been trying to develop a resistant mosquito, he was not aware of any that had been developed that were both healthy and inhospitable to the malaria parasite.
Source : News Agencies 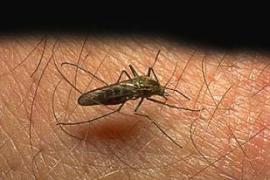 Drug aimed especially at children in Africa promoted as a significant advance. 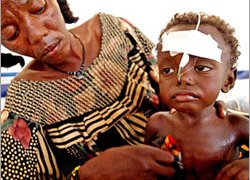 The effectiveness of one of the world’s most important anti-malaria drug has been called into question,according to a new study published by science magazine The Lancet.

In Africa, a campaign to cut mosquito-borne malaria’s annual toll of one million worldwide is being hampered, the United Nations says.