“We have to work immediately toward the application of the roadmap and the Arab peace initiative.”

On Wednesday the Quartet – which brings together the European Union, Russia, the United Nations and the United States – reaffirmed that the new Palestinian coalition must renounce violence, recognise Israel and accept past peace deals.

The new government, comprising members of the rival Hamas and Fatah parties as well as independent candidates, was sworn in last weekend after months of negotiation.
Unveiling its political programme on Saturday, Ismail Haniya, the Hamas prime minister, said while his government would “respect” past peace accords, the Palestinians had a “legitimate right” to “resistance in all its forms.”
‘Two-state solution’
In its statement on Wednesday the Quartet laid down key conditions for the resumption of direct aid.
“The quartet expressed its expectation that the unity government will act responsibly, demonstrate clear and credible commitment to the quartet principles, and support the efforts of president Abbas to pursue a two-state solution to the Israeli-Palestinian conflict,” it said.
The statement added that the new Palestinian government – composed of Hamas, Fatah and independent candidates – would be judged by its actions.
“The commitment of the new government in this regard will be measured not only on the basis of its composition and platform, but also its actions.”
The statement also said it hoped the formation of the new government would ensure calm and lead to a drop in violence in the Palestinian territories.
Ties
Despite the Quartet’s outwardly unified response to the new government, several European states have already taken steps to restore ties with the Palestinians.
Norway, which is not an EU member, is a key donor nation to the Palestinians and has already pledged to resume economic aid.
Raymond Johansen, Norway’s deputy foreign minister, arrived in Gaza on Monday calling on other states to follow his country’s lead and recognize the new Palestinian coalition.
France and Belgium have also moved quickly to re-establish ties with members of the new government.
Karel De Gucht, the Belgian foreign minister, is to go to Gaza on Friday where he will be the first minister from an EU nation to meet the new Palestinian foreign minister, Ziad Abu Amr, De Gucht’s spokesman Rudy Huygelen said on Monday.
The German foreign ministry spokesman, Martin Jaeger, said the question of how the EU deals with the Palestinian government is likely to be a “central theme” at the informal meeting in Bremen.
“We should evaluate very carefully how this government, how the individual members of this government, behave in the coming days and weeks,” Jaeger said.
Condoleezza Rice, the US secretary of state, will travel to the Middle East this weekend, shuttling between Israel and the Palestinian territories to try to get both sides closer to resuming stalled peace negotiations.
Source: News Agencies 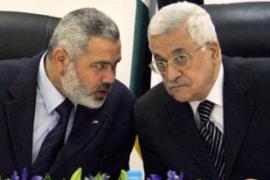 Deadly clashes come days after forming of unity government and contact with the West. 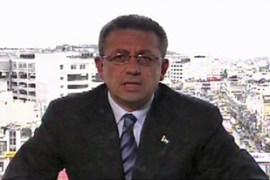 The US has said Salam Fayad is someone they could deal with.