Gumbo told the ZBC that the food shortage had been made worse because farmers in many of the nation’s traditional green belts planted their crops late.
He also said that many growers of maize, the country’s food staple – the price of which is capped by the government – had instead planted crops with no price controls.
Maize is sold only to a state grain agency, which distributes it to millers.
The government is scheduled to set a new maize producer price next week.
The United States Foreign Agricultural Service has estimated that Zimbabwe’s maize harvest will be 850,000 tonnes this year, less than half the amount needed to meet domestic consumption.
Economic crisis deepens

Zimbabwe is struggling with an economic crisis marked by shortages of food, fuel and foreign currency, the world’s highest inflation at above 1,700 per cent, soaring unemployment and increasing poverty.

Once a leading agricultural exporter in southern Africa, Zimbabwe has relied on food imports since 2001, when Robert Mugabe, the president, stepped up a programme to seize white commercial farms and redistribute them to blacks.
Critics blame the farm seizures for a sharp decline in agricultural production in Zimbabawe.
While the government said it was still assessing the damage to the 2006/7 growing seasons, analysts said its admission that drought would worsen the food shortages meant that prices could surge beyond the reach of many Zimbabweans.
The International Monetary Fund estimates that inflation in Zimbabwe will top 5,000 per cent by the end of the year.
Source: News Agencies 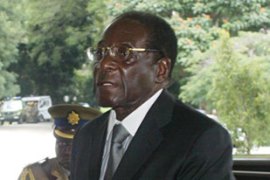 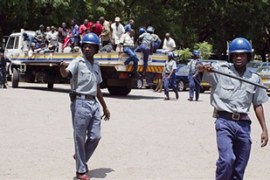 Arrests and beatings in Harare as Tsvangirai says Zimbabwe is at “tipping point”. 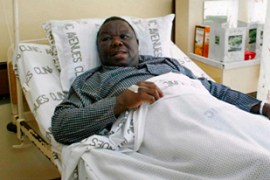 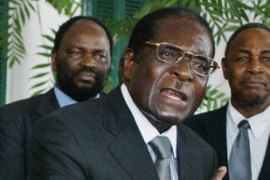 Assaults on the Zimbabwean opposition have triggered worldwide condemnation.