A pro-Maoist labour union said it had suspended two members involved in the beating of the hotel owner and investigations were continuing.
Threats
But marchers in Kathmandu said extracting money through threats must stop.
Shops downed shutters, and factories and banks remained closed in solidarity.
Prakash Shrestha, chief of the Hotel Association of Nepal, said: “We will not accept new bookings from Wednesday and will give seven days to existing guests to leave their hotels.”
“If the problem is not resolved there will be zero occupancy in hotels after seven days.”
Peace deal
The Maoists are accused by human rights groups of continued kidnappings, extortion and intimidation despite the peace deal to end a decade-old civil war which killed more than 13,000 people.
During that conflict many firms closed or scaled back operations after rebels demanded payments and radicalised staff.
Tourism accounts for nearly four per cent of Nepal’s gross domestic product and provides jobs for thousands of people.
Officials say the peace deal with the Maoists was expected to boost tourist arrivals, which fell to around 280,000 in each of the past two years due to the conflict, down from a peak of about 500,000 in 1999.
Source: News Agencies 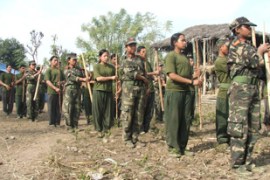 Days after the Maoists entered parliament, they are involved in new violence. 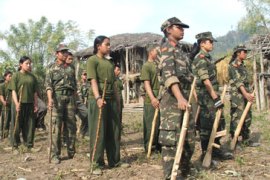 Al Jazeera explores a separatist threat to the fragile new era of peace in Nepal.