Sadr himself was not present – the US military believes he has gone to ground in Iraq‘s Shia neighbour Iran – but supporters carried his portrait and read out a statement he had apparently sent to them.

“Don’t surrender to them. You are their betters,” he added.

“The occupiers wanted to distort the reputation of the city and issued propaganda saying there are talks and co-operation between you and them. I am confident that you regard them as your enemy,” he  said.

More than 90,000 Iraqi and US troops have been deployed around  Baghdad as part of Operation Fardh al-Qanoon (Imposing Law), an  ambitious plan to regain control of the city and quell sectarian violence between Sunnis and Shia.

Since it was formally launched one month ago there has been little of the anticipated resistance and the city’s murder rate is down sharply, although Sunni fighters have continued to detonate car bombs almost daily.

It was last week that troops and police taking part in the operation were able to set up a “joint security station” in Sadr City.

On Thursday, however, one of Sadr City‘s two mayors who negotiated with the Americans and welcomed the creation of the fortified base was shot and wounded by unidentified gunmen, who killed a police colonel traveling with him.

The protest and the shooting of mayor Rakim al-Darraji will be of concern to both the US military and the beleaguered Shia-led government headed by Nuri al-Maliki, the Iraqi prime minister, which have been pleased by the lack of violence in Sadr City. 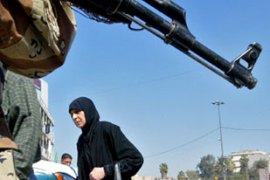 US troops conduct first major push into the stronghold of the al-Madhi army. 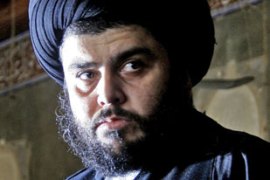 Cleric says the crackdown will not work because US forces are involved.

Iraq to shut borders with Iran and Syria as part of attempt to end the violence. 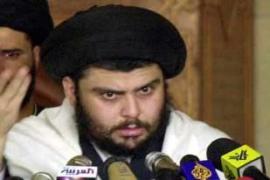