Albanians are impatient for the UN Security Council to endorse the plan, but Boris Tadic, the Serbian president, had asked for time to allow formation of a new parliament following a January 21 election.

Politicians would then mandate new negotiators.

Fatmir Sejdiu, Kosovo president, agreed to the change in dates, but said “delay will not produce any positive effects”.

Ahtisaari plans to send his blueprint, product of a year of shuttle diplomacy and largely fruitless Serb-Albanian talks, to the Security Council by the end of March.

Nato wrested control of the province from Serbia in 1999 to halt slaughter and ethnic cleansing of ethnic Albanians at the hands of the Serbs.

Underscoring deep divisions between Russia and the West over Kosovo, Sergei Ivanov, Russia’s defence minister, issued a strong warning on Friday that granting independence to Kosovo could spark a “chain reaction” among other breakaway regions in Europe and the former Soviet Union.

He said: “If we imagine a situation where Kosovo achieves independence, then other people, people living in regions that are not recognised, will ask us: ‘Are we not as good as them?’

“This concerns obviously the post-Soviet space, but also regions in Europe,” he said. “This can create a chain reaction … we must be careful not to open Pandora’s box.”

Diplomats say that patience is running out among ethnic Albanians, who blame the eight-year political limbo for the stagnant economy and 50 per cent unemployment.

They say that lengthy delays could spark further unrest in the province, swept in 2004 by riots against the Serb minority. 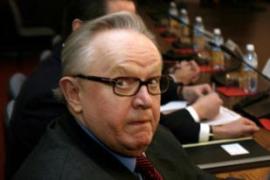 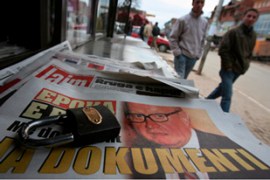 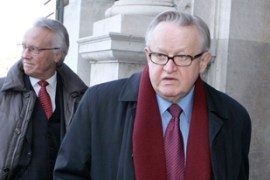 Finnish envoy’s proposal could lead to eventual independence from Serbia.