The security stations are to supplement existing Iraqi police stations, US Major-General Kenneth Hunzeker, who commands the Iraqi police training programme, said as he provided aspects of the much-vaunted Baghdad plan.

“There are 54 police stations in Baghdad right now,” he said.

“Those will be used throughout the plan and that’s for the 25,000 police that are part of the police force,” he said.

Baghdad‘s security plan aims to deploy up to 85,000 US and Iraqi troops on the streets of the capital in a bid to control the city’s dangerous districts.

The plan is intended to rein in the sectarian conflict that has engulfed Baghdad and which killed thousands of people last year.

“The plan is being fully implemented as we speak … not all aspects are in place at this point,” Caldwell said.

“They are still currently today moving additional forces into the city,” Caldwell said, stressing that Iraqis were in charge of the operation.

But in response to growing media speculation about when the operation would be launched, Caldwell said: “There’s not a per se start date that somebody’s looking for that’s tomorrow or the next day”.

He confirmed comments by a high-ranking US army official, who told AFP late on Tuesday: “You have to look at the whole process instead of just thinking in terms of a raid, or an operation in one of the districts, it’s much, much larger than that.”

“The Baghdad security plan and the lead-up to it is already in progress in that bringing more troops into Baghdad, repositioning the Iraqi army, looking at the new strategy and what’s going to happen, and establishing the logistics support for the different troops and whatnot coming in, that’s all part of it.” 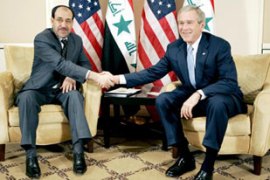 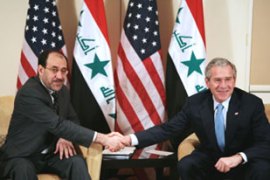