Nabil Benabdellah, the Moroccan communications minister, said the plan for the southern desert region rests on “three axes”.
He named two of these as “the social and cultural characteristics of the region and international criteria for autonomy”.
But the plan maintains “the sovereignty of Morocco” over the region.
Muhammad Salim Ould al-Salik, the Polisario Front foreign minister, rejected the plan, declaring it “null and void” saying the Polisario would be “willing to use all ways, including the military way, to reach our target”.
He criticised the French stance towards the region, saying: “Since the beginning of the conflict, France, and particularly Chirac’s France, has completely backed the aggression and adopted the Moroccan stance.”
He said: “We hope that Chirac’s successor will realise that stability in al-Maghreb al-Arabi will be achieved by giving the Sahrawi people their rights.”
Annexed by Morocco
Morocco annexed the Western Sahara territory after the withdrawal of Spain, the region’s former colonial power, and later Mauritania, which also laid a claim to the region in the 1970s.

The Polisario Front independence movement was set up in 1973 and established itself as the sole representative of the nomadic Saharan, or Saharawi people, fighting a war with Morocco.
The UN brokered a ceasefire ending the conflict in 1991. A government source in the Moroccan capital, Rabat, was reported by AFP as saying that other UN Security Council members would also be given a look at Morocco’s proposal.
“After France … government emissaries will be sent to the US, Britain, Russia and China,” the source said.
Benabdellah said: “A second phase of consultations on the autonomy plan will be undertaken with political parties … and representatives of the Sahrawi tribes, as well as at the international level, before the plan is presented in April to the UN.”
Several attempts in the past by the UN to organise a self-determination referendum for the region have broken down into arguments over who was eligible to vote.
Source: Al Jazeera, News Agencies 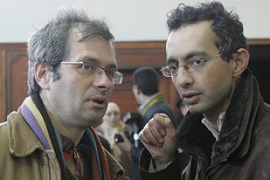 Prosecutors call for the jailing of two editors who published political jokes. 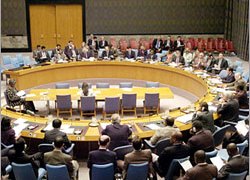 The UN Security Council has voted unanimously to extend the mandate of the UN force in Western Sahara. 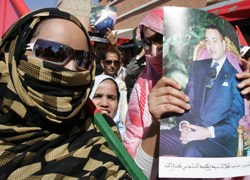 King Mohammed VI of Morocco has set up infrastructure projects in Western Sahara as the kingdom prepares to present a proposal on the status of the contested area, claimed by rebels as a separatist state, at the UN next month.

Morocco’s king has wrapped up a six-day visit to Western Sahara with talks on a plan to give the territory greater autonomy which will be submitted soon to the UN.