“They may stop us temporarily from debating the escalation but they are not going to stop us from debating Iraq.”
The resolution would not have been binding on Bush, but it was the first serious attempt by Congress to confront him over the war.
Under Senate rules it needed 60 votes before the 100-member Senate could begin debate. It received only 49, with 47 voting against in a largely party-line vote.
‘Real debate’
Opponents said the measure, sponsored by Virginia Republican senator John Warner and Michigan Democrat senator Carl Levin, was a thinly disguised political slap at Bush that would dishearten US troops and signal American disunity.
Republicans also said they voted against the measure in protest because they could not get amendments considered on their terms.
Kentucky Republican Mitch McConnell, the Senate minority leader, said: “We are asking for a fair process. We are ready for the debate. We expected to have it this week.”
Iceman, Atlanta, US

Supporters said the resolution would be a first step, a warning to Bush that he must revamp his strategy to start moving toward a withdrawal of the 138,000 US troops in Iraq.

Dick Durbin, the Illinois Democratic senator, said: “I am troubled by this. If the Republicans in the Senate cannot swallow the thin soup of the Warner resolution how will they ever stomach a real debate on the war in Iraq?”
Some Democrats want Congress to move immediately to do something more decisive like refusing to fund the additional troops or capping troop levels.
Dana Perino, a White House spokeswoman, said: “All sides have a right to be heard in this debate, and we support senator McConnell’s and the Republicans’ right to be able to offer the amendments they want to offer.”
Two Republicans refused to follow their party leadership and voted with the Democrats to move to debate. They were senator Susan Collins of Maine and senator Norm Coleman of Minnesota, both of whom face re-election in 2008.
Before the vote, Reid said: “The American people do not support escalation. Last November, voters made it clear they want a change of course, not more of the same.

“The president must hear from Congress, so he knows he stands in the wrong place, alone.”

Durbin said: “If the Republicans want to stand by their president and his policy, they shouldn’t run from this debate.

“If they believe we should send thousands of our young soldiers into the maws of this wretched civil war, they should at least have the courage to stand and defend their position.” 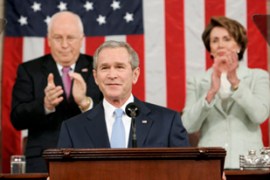 US panel votes against Bush plan

Senate objection comes day after Bush urged congress to give his Iraq plan a chance. 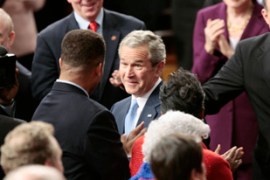 Bush warns against failure in Iraq

The US president delivers his seventh State of the Union address. 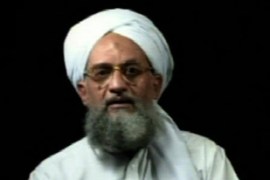 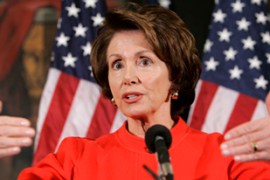