Heckman said US and Iraqi reinforcements were already in place for a neighbourhood-by-neighbourhood sweep of the city.

Informed sources said about 8,000 US troops were expected to transfer into Baghdad or nearby regions, joining about 15,000 US soldiers already in the capital and its suburbs.
“May be it’ll work. May be it won’t. It’s gonna be much more than this city has ever seen and it’s gonna be a rolling surge,” Hechman said.
Iraqis have said they will take the lead in the operation, but US officers say they would retain oversight, at least initially.
American and Iraqi commanders are pulling together a force of about 90,000 troops, for what many see as a last-chance drive to curb the sectarian violence that has turned the city of six million people into a battlefield.
Iraqi commander
The new joint command will be headed by Iraqi lieutenant general Abboud Gambar.
Gambar was chosen by the United States military, which rejected the choice of Nouri al-Maliki, the Iraqi prime minister, of lieutenent general Mohan al-Freiji.
US colonel Chip Lewis said: “It’ll be a steadily increasing amount of pressure brought to bear on the insurgents and the militias and the criminals.”
Lewis said the joint command, which would control all Iraqi security forces in Baghdad, would include embedded US service members but the overall operation would be run by Gambar.
Embedded American troops will not take orders from Iraqi commanders.
Worst bombing
Gambar will have two deputies, a Shia and a Sunni, one on either side of the Tigris River that curls through the centre of the Iraqi capital.
The joint command comes into operation two days after 135 people were killed and more than 300 wounded in the worst single bombing in Baghdad since the US-led invasion in 2003.
Mortar attacks also killed 15 others in a Sunni neighbourhood of Baghdad on Sunday.
More than 20 people were reported killed elsewhere in the Iraqi capital in bombings and drive-by shootings and police found 42 bodies, believed to be victims of sectarian execution-style killings.
Source: Al Jazeera, News Agencies 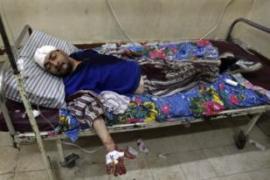 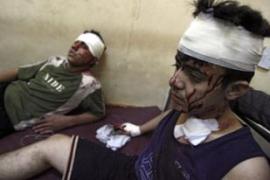 Devastating attack in Iraqi capital comes after deadly blasts and clashes in Kirkuk and Mosul. 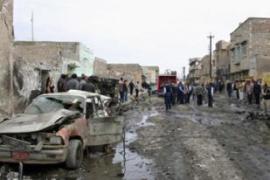 At least 120 dead in Baghdad blast

A truck bomb in a Baghdad market comes after bombers strike Kirkuk and Mosul.

US helicopter crashes near Baghdad

US military reports the loss of six more soldiers and deadly clashes in Ramadi.