The Australian government has been one of Washington’s closest allies in the Iraq war, but there has been growing opposition to the conflict in Australia.

On Thursday a group of about 200 demonstrators scuffled with police in Sydney in protest at Cheney’s visit and Australia’s involvement in Iraq.
Cheney is seen by many as one of the chief architects in the Bush administration of the war in Iraq.
Australia has 550 troops based in Iraq.
‘Much to prove’
Cheney’s speech on Friday to the Australian-American Leadership Dialogue was intended to emphasise the close alliance between the two countries.
On the North Korean nuclear deal he questioned whether North Korea would follow through on the agreement.
Pyongyang, Cheney said, had “much to prove” to the world in terms of its commitment to denuclearisation.

He said North Korea’s missile tests, it’s nuclear test in October and its record of proliferation and human rights abuses did not put the North Korean government in a good light.

“We go into this deal with our eyes open,” he said, but he added the deal represented “the first hopeful step towards a better future for
the North Korean people.”
China he said had played an “especially important” role in the negotiations and the eventual brokering of a deal.
But he said “other actions by the Chinese government send a different message.”
“Last month’s anti-satellite tests, China’s continued fast-paced military build up, are less constructive and are not consistent with China’s stated goal of a ‘peaceful rise’,” he said.
China shot down one of its own weather satellites in space with a ballistic missile, provoking an international outcry and warnings of a possible space arms race.

Cheney arrived in Australia after talks in Japan where China‘s rise and growing military clout in the region was high on the agenda.

In his speech he said Australia and the US shared the same hopes for the future of China, namely: “that its people will enjoy greater freedom and prosperity: That its government will be a force for stability and peace in this region.”

On Saturday Cheney is scheduled to hold talks with John Howard, the Australian prime minister, focusing on Iraq and other security issues.

In his speech he said the US was grateful to Howard for his support, particularly in the war on terror.

“Prime Minister [John] Howard and the nation he serves has never wavered in the war on terror,” he said.

“The United States appreciates it and the whole world respects you for it.”

He said the US will not give up in Iraq and emphasised that the US-Australia security alliance has never been more important.

“The only option for our security and survival is to go on the offensive, face the threat directly, patiently and systematically until the enemy is destroyed,” he added.

Howard is under growing pressure to set an exit plan for Australia‘s troops in and around Iraq, and has refused to set a timetable to withdraw saying it would enable terrorists to claim victory.

Instead, he has offered more troops for operations in both Iraq and Afghanistan.

On Wednesday, Britain and other allies announced a timed withdrawal of their security forces from Iraq, leaving Howard to explain why he was not doing the same.

Cheney and Howard are also expected to discuss David Hicks, an Australian captured in Afghanistan who has been locked up without trial at Guantanamo Bay for more than five years. 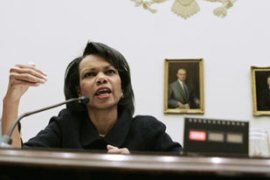 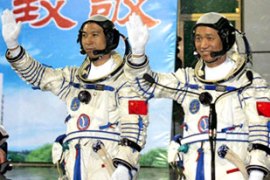 US to reassess China space ties

The two had agreed to explore the possibility of co-operation over civilian space projects. 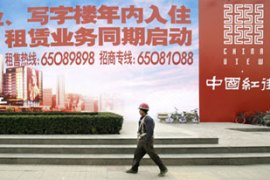 The US also has been widely reported to be developing satellite-killers of its own. 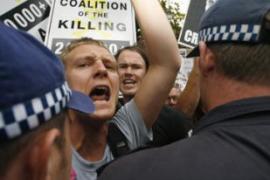 The Australian government is one of the US’s staunchest allies over Iraq.