The talks bring together envoys from the US, Japan, Russia, China and the two Koreas.
Diplomats said the key sticking point was the amount of energy assistance North Korea would receive in return for ending its nuclear programme and disarming.
South Korean and Japanese media reports gave varying accounts of how much energy North Korea was demanding, including up to 2 million kilowatts of electricity or 2 million tons of heavy fuel oil.
That now appears to have been resolved.
“There was an agreement on the key differences of North Korea’s actions for denuclearisation, their scope and how far they’ll go, and the other countries’ corresponding measures and the scale of assistance,” Chun Yung-woo, the South Korean envoy, told reporters.

“North Korea basically agreed to all the measures in the draft.”

Chun said the five other countries had agreed to evenly share the energy aid to be delivered to North Korea under the deal.
A further session of talks will be held on Tuesday to “confirm things”, a Chinese foreign ministry spokesman said.
‘We’re not done’
Hill, the US envoy, said the draft deal still needed to get the formal approval of the six nations involved in the talks with China outlining the “final” text of the agreement.
“This is only one phase of denuclearisation,” Hill said. “We’re not done.”
Shinzo Abe, the Japanese prime minister, has welcomed news of the draft deal but urged North Korea to make further efforts toward denuclearization.

“We are closely watching the development to make sure North Korea makes the right decision toward nuclear abandonment,” Abe told a Parliamentary committee session Tuesday morning.

However, the deal has already come in for criticism from John Bolton, the former US ambassador to the UN, who said North Korea should not be rewarded with massive shipments of energy for only partially dismantling its nuclear programme.
In an interview with CNN he said the deal showed US weakness at a time when it was also challenging Iran over its own nuclear programme.
“This is a very bad deal,” Bolton said.

“If the would-be proliferators can simply through persistence get the United States to compromise on its basic principles, they’re going to succeed in proliferation. That’s why this deal is such a bad precedent.”

Bolton, who developed a reputation for his hardline stance during his time in the Bush administration, said he hoped the US president “still had time to reject it”.
Hill, though, said he was upbeat about the agreement’s prospects, saying he had been in “constant communication” with Condoleezza Rice, the US secretary of state, during the talks.
“We feel it’s an excellent draft, I don’t think we’re the problem,” Hill said.
In September 2005, North Korea was promised energy aid and security guarantees in exchange for a pledge to abandon its nuclear programs. But talks on implementing that agreement stalled on other issues.
Source : News Agencies 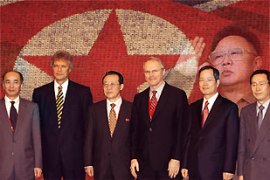 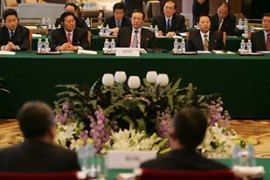 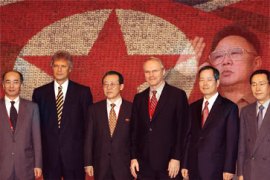 North Korea talks: Where they stand

A look at where each party stands on the North Korea nuclear talks. 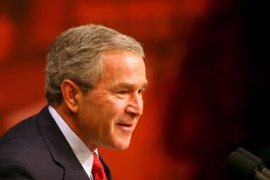