Mormons believe that the church’s founder, a US man named Joseph Smith, was sent to restore the early Christian church.
Smith revised, and in the Mormon view corrected, large sections of the Bible in the 19th century, an act of heresy in the eyes of Protestant and Roman Catholic leaders.
The Mormon scriptures include the Old and New Testaments, as well as books containing Smith’s revelations.
Iowa contest
The church is the fastest growing denomination in the US, with six million followers.

“My church’s beliefs about Christ may not all be the same as those of other faiths,” Romney said.

“Each religion has its own unique doctrines and history.”
Romney’s campaign is heavily dependent on a victory in Iowa, which on January 3 holds the first of state-by-state contests to determine which Republican and Democrat will contest the November 2008 election.
But he has lost ground there to Mike Huckabee, a Baptist minister and former Arkansas governor, and Iowa is a state where 40 per cent of voters are evangelical Christians.
Kennedy echo
Romney spoke at the presidential library of George Bush senior, in College Station.

The location was chosen in part because it is close Houston, where Democratic candidate John Kennedy addressed Americans about his Catholic religion in 1960 and went on to win the presidency that year.

Reverend Rob Schenk, president of the National Ministry Centre in Washington DC, who is neutral in the presidential race, called it “one of the best political speeches on this subject that will likely ever be made.”
“As an evangelical, I think he went a long way toward relieving some of the anxieties that evangelicals have,” said Schenk, who attended the speech.
But Barry Lynn, director of Americans United for the Separation of Church and State, said he was “disappointed”.
“The founders of our Constitution meant for religion and government to be completely separate.”
Secular ‘religion’
But Romney had assailed “the religion of secularism” that he said was creeping into American life.
The former Massachusetts governor drew laughter from his invited audience as he complained that Europe’s picturesque cathedrals are largely empty amid societies “too busy or just too ‘enlightened’ to venture inside and kneel in prayer”.
Romney said he would not turn his back on his faith, as he said some would prefer.
“I believe in my Mormon faith and I endeavour to live by it,” he said.
“Some believe that such a confession of my faith will sink my candidacy. If they are right, so be it.”
Source : Al Jazeera, News Agencies 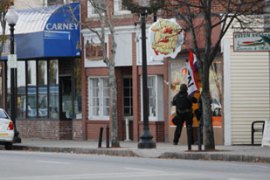 Man claiming to be carrying explosives is arrested by police after taking captives. 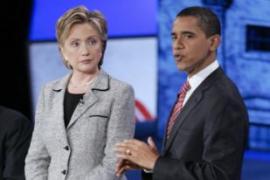