Witnesses in Muqdadiya said a woman walked up to the building in a street full of shops, and began asking questions, the Reuters news agency reported.

She detonated the vest she was wearing when people who were out shopping before Friday prayers began gathering around her.
“We saw several bodies. It is Friday and the area was crowded,” a resident said.
Lieutenant Colonel Najim al-Soumaidaie, an Iraqi police official, said: “The explosion was caused when a female suicide bomber detonated her vest in the office of the local Awakening group.”
About 50,000 people, including former Sunni fighters, have reportedly signed up with the “Awakening” units.
They are paid about $10 a day by the US military to man checkpoints in their own communities.
US commanders have said Diyala is one of the most dangerous areas of Iraq after al-Qaeda fighters were driven out of the western province of Anbar and other areas of Iraq.
An attack on November 27 by a female suicide bomber wounded seven US soldiers and five Iraqi civilians in Baquba which, like Muqdadiya, is in Diyala province.
On Thursday, the leaders of four Awakening units were killed in a drive-by shooting in the town of Rabia in northwest Iraq near the Syrian border, police said.
Internet warning

On Tuesday, the leader of an al-Qaeda-linked group warned in an  internet audio message of renewed attacks in Iraq and announced the  formation of a new brigade.

Abu Omar al-Baghdadi, leader of the Islamic State of Iraq group, said a new brigade called Al-Siddiq Brigades had been formed to fight every “apostate and traitor,” the SITE intelligence group said.

Al-Baghdadi warned of a bombing campaign that will continue until January 2008.

“This attack involves bombings aimed at the ‘apostates’ and  members of the Awakening Councils,” it added.

The term apostates is usually used to refer to Iraqi security forces.

The US military dismisses al-Baghdadi as a “fictional character”, saying he that he has been invented by supporters of al-Qaeda on the internet.

Also on Friday, a bomb exploded under an oil pipeline in al-Fatha, east of Beiji in northern Iraq.

Beiji – located 250km north of Baghdad – houses northern Iraq’s largest oil refinery, and serves as a transfer point for crude oil being exported out of Iraq.

The pipeline targeted on Friday was one of five in a cluster of pipelines that carry about 500,000 barrels of oil daily from the Kirkuk region to Beiji. 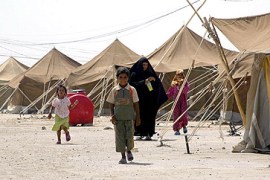 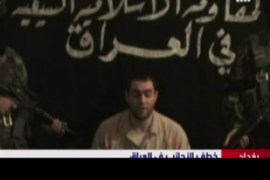 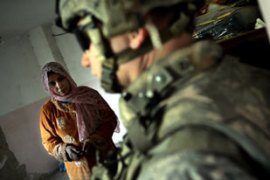 US soldiers shoot four Iraqis one week after nine other civilians killed.