The British government has denied it is planning to scrap a controversial cluster bomb after coming under intense criticism from anti-arms groups.

Campaigners say UK defence ministry officials told them in November that they were planning to drop their defence of the M85 after being attacked for seeking exemption from a possible ban on its use.

But ahead of a conference in Vienna this week aimed at hammering out a ban on cluster bombs, a ministry spokesperson told Al Jazeera there was no change in policy.

The spokesperson said instead that the possibility of banning the M85 was not even on the table at Vienna because a self-destruct mechanism provides “the relevant technology to prevent unnecessary harm”.

Like other cluster munitions, the M85 disperses dozens of smaller bomblets – or submunitions – making it potentially deadly if used in civilian areas.

According to Landmine Action, the weapon’s self-destruct mechanism is not effective, leaving thousands of submunitions that cause “indiscriminate harm” to civilians in the areas they are used.

Concerns over the legacy of cluster bombs intensified following the Israel-Hezbollah war in Lebanon in the summer of 2006.

Dalya Farran, a clearance officer with the team, says 223 injuries and 39 deaths have been recorded from unexploded cluster bombs since the end of the war, including one 70-year-old woman in the village of Ainata killed by an M85 with a self-destruct mechanism in April of this year.

The three-day Vienna conference, part of the Oslo Process aimed at drawing up a treaty banning the use of cluster munitions, will be attended by more than 100 governments and NGOs.

The British government’s official position is that it wants M85s to be exempt from any future ban treaty, a move campaigners say is inconsistent with the UK’s commitment to the Oslo Process.

The UK government came under fire in July when it was accused of re-classifying the CRV-7 Hydra to avoid a possible ban.

The CRV-7 Hydra is a rocket that breaks open to release nine separate M73 bomblets. One helicopter-mounted pod can contain up to 19 rockets, containing 171 individual bomblets.

A UK defence ministry spokesperson told Al Jazeera the weapon has never been considered a cluster munition because it is directly and accurately fired and because it contains too few submunitions.

The ministry does not consider a weapon with less than 10 bomblets to be a cluster munition.

The UK was criticised again in November when it announced it was to spend £83m on the Swedish-made Bonus “sensor-fused” weapon, an artillery shell which contains two submunitions.

Campaigners say the re-classification of the CRV-7 and the purchase of the Bonus system show the UK is not serious about the ban.

“The starting point has to be that these weapons need to be banned,” Thomas Nash, head of the Cluster Munition Coalition, said ahead of the conference, “and that the burden of proof is on governments to justify any sort of exemption”.

Several European countries are expected to lobby for exceptions to the treaty.

Conway described the UK, Denmark, Germany, France and the Netherlands as “foxes in the henhouse”.

And there are other obstacles facing a comprehensive treaty.

Two of the world’s top cluster bomb users, Israel and the US, have not signed up.

John Duncan, the UK’s permanent representative for disarmament, believes the Oslo treaty must be accompanied by a parallel process with the more general Convention on Conventional Weapons (CCW) signed by 103 states since its adoption in 1980.

“We must have the Oslo Process which we are in, but also the CCW. We need both tracks.”

But Conway says the exclusion of major cluster bomb users such as the US and Israel could be an advantage because they would probably try to force a dilution of the treaty.

He hopes that even without their involvement, the treaty will make the trade and use of cluster munitions abhorrent and politically unpalatable.

That would mirror the success of the Ottawa Mine Ban Treaty of 1997 which all but wiped out the trade and use of anti-personnel landmines, even for countries that were not signatories.

The Oslo Process is scheduled to conclude in Dublin in May 2008 when a final consensus document will be signed. 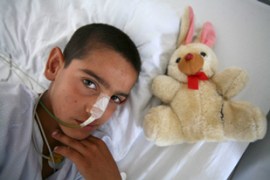 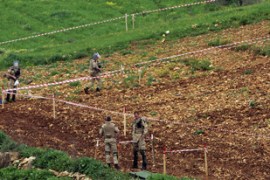 Charities say the ban does not go far enough.