He said police managed to defuse one bomb at a hotel in the Muslim-majority region, but five devices struck two other hotels nearby.

The first blasts hit at about 12.40am (1740 GMT Sunday), sending people fleeing into a hotel car park, where another bomb was hidden.

A police officer in Thailand’s southern Narathiwat province said that explosives had been packed into cigarette packets, which were planted inside a hotel disco.

Another blast hit a hotel karaoke bar, he said.

Later in nearby Yala province, one person was killed and four were injured when a bomb hidden in a motorcycle exploded outside a restaurant, police said.

More than 2,800 people have been killed in four years of separatist unrest in Thailand’s south, which was an ethnic Malay sultanate until Buddhist Thailand annexed it a century ago, provoking decades of tension.

Official says Thaksin Shinawatra will go on trial for corruption if he ends exile. 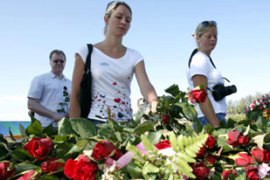 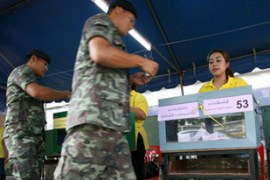