But with just hours left before the deadline expires, it appears that US officials have resigned themselves to further delays.

Appearing to accept that North Korea would not act in time, a spokesman for the US state department said on Sunday that Washington would will consider “other options” if the deadline was not met.

Rob McInturff told the AFP news agency that the US was still “hoping to see full disclosure from the North Koreans”.

“If that doesn’t happen by midnight [on December 31], we’ll re-evaluate and look to other options,” he added.

China, Japan and South Korea – other parties to the six nation agreement – have also said the deadline will likely be missed.

Last week a North Korean official indicated that work on disabling its plutonium-producing reactor at Yongbyon would slow down because Pyongyang was unhappy about the delivery of aid so far.

However, White House officials have indicated in recent days that they are prepared to see the deadline slip for a short while as long as the North presents a full and complete declaration of all its weapons programmes.

In a separate US statement on Sunday, Tom Casey, another state department spokesman, called on North Korea to fulfil all its undertakings.

“We urge North Korea to deliver a complete and correct declaration of all its nuclear weapons programs and nuclear weapons and proliferation activities and complete the agreed disablement,” he said in a statement.

“The United States is committed to fulfilling our obligations under the Six Party agreements as North Korea fulfils all its obligations.”

The nuclear standoff began in late 2002 after the US accused North Korea of seeking to secretly enrich uranium for weapons in violation of a 1994 disarmament deal.

In late 2003 negotiations under the so-called six-party framework began in Beijing, receiving added urgency in October 2006 when the North conducted its first test of a nuclear weapon.

Eventually in February this year a deal was reached under which the North agreed to disarm in return for energy aid and political concessions.

As part of the disarmament declaration, US and South Korean officials have asked North Korea to disclose how much plutonium it has produced – which the US estimates to be about 50 kilograms – and answer allegations of having a secret uranium enrichment programme.

In the final phase of disarmament, North Korea would dismantle its plants and hand over all nuclear materials in return for diplomatic relations with the US and Japan, an end to sanctions as well as a formal peace pact on the Korean peninsula. 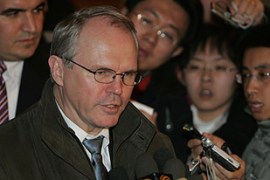 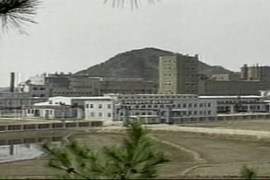 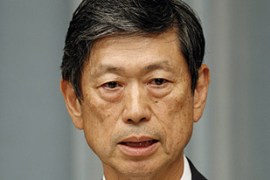