Venezuelan helicopters have been waiting in Columbia since Friday for the armed group to provide the location where the hostages could be picked up.
Colombian officials have denied interfering in the airlift mission, and Colombia’s top peace envoy blamed the delays on the Farc.
Chavez said the Farc insisted in the letter that the current plans for a handover would put the lives of the hostages and members of its group at risk.
Colombia’s conservative government accused the Farc of lying and dragging their feet.
“We have plenty of reasons not to trust the Farc,” Alvaro Uribe, the Colombian president, told reporters in the central city of Villavicencio.
Rojas was kidnapped during 2002 and Gonzalez, a former politician, was taken in 2001.
Source: News Agencies 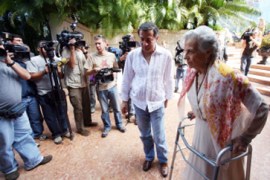 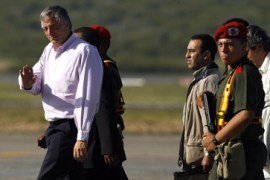 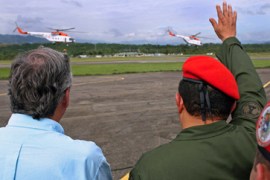 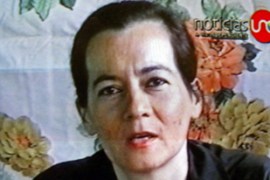