Tens of thousands of opposition supporters have rallied in Tbilisi, the Georgian capital, ahead of presidential elections next week.

Levan Gachechiladze, an opposition presidential candidate, told the large crowds he would become president following the vote on January 5 and said the authorities will not manage to falsify the elections”.

At least 30,000 people gathered in a park in central Tblisi on Saturday many carrying banners “Remember November 7”, the date riot police violently put down an anti-government protest outside the parliament building.

The violent end to the week-long protest led to a state of emergency being imposed by Mikhail Saakashvili, the president, and early elections being called.

Saakashvili came to power following the so-called Rose revolution in 2004 promising democratic reforms and closer ties with the west.

However, he has seen his reputation tarnished by the violence in November and by accusations of trying to manipulate what has been a bitter election campaign.

Saakashvili took television stations off the air and deployed troops on the streets. He accuses Russia of being behind the protests in November and called an early election in an attempt to defuse the crisis.

“This is a totally manipulated campaign, but we are here with the people, we are going to win peacefully,” she said.

Saturday’s demonstration proceeded peacefully and there were no signs of security forces.

However, a former Georgian defence minister turned opposition leader who was arrested in Germany last month said in an interview that he fears his extradition to Tbilisi would be his death warrant.

In an interview with the weekly Der Spiegel magazine Irakli Okruashvili alleged Saakashvili “will do everything to ensure I am destroyed, first as a politician, and then as a human being”.

Okruashvili was arrested on November 27 on an international warrant issued by authorities in Tblisi, where he is facing charges of corruption, money-laundering, abuse of power and negligence.

He was originally arrested in Georgia on September 27 after alleging that Saakashvili had plotted murder and was corrupt.

The Georgian authorities have 40 days from his arrest in Berlin to send all the paperwork for the extradition request, detailing the firm evidence against him, according to German prosecutors.

Saakashvili remains the favourite to win the presidential election next Saturday.

Gachechiladze, a former wine entrepreneur, is the most serious of five challengers and was chosen as the joint candidate by nine of the 10 opposition parties that organised November’s protests. 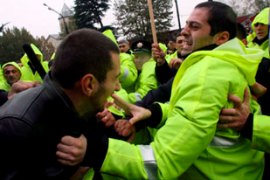 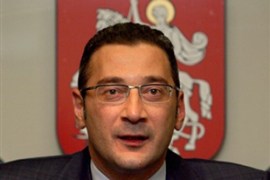 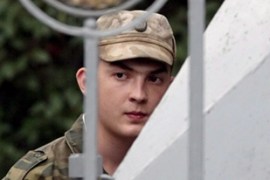 Pullout comes as Georgia says it will lift week-long state of emergency.