Among the other new appointments are Pagan Amum, the SPLM secretary-general, who was named minister for cabinet affairs, and Mansour Khalid, a former minister who comes from a prominent Muslim family in the north, as a presidential adviser.
The new ministers took the oath of office on Thursday.
Division
The SPLM, led by Salva Kiir, Sudan’s first vice-president, quit the cabinet in October complaining that the north was failing to implement the 2005 Comprehensive Peace Agreement that ended Africa’s longest-running civil war.
Relations between Khartoum and the south had been increasingly unstable.
The SPLM accuse the government of ignoring disregarding agreements on sharing the country’s oil wealth and remilitarising contested border zones where the main oil reserves are located.
A first round of talks aimed at resolving the crisis broke down on November 11, but the two sides announced on December 12 that an agreement had been reached that would pave the way for the return of the southerners to the cabinet.
The peace agreement provides for a six-year transition period in which the south has regional autonomy and participates in a national unity government ahead of a referendum in 2011 that will decide the region’s future status.
Source: News Agencies 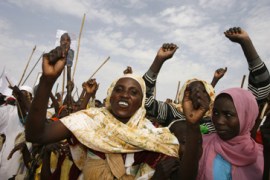 South Sudan steps up to self-rule

Despite government corruption the people of south Sudan relish their renewed freedom. 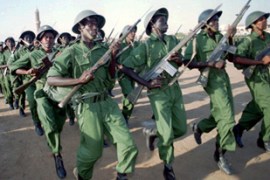 Deal reached between the president and leaders of south but differences persist.