The OSCE also said the official turnout of more than 90 per cent was “unusually high”.

However Mirzoulugbek Abdusalomov, the commission’s head, defended the election, saying the high turnout represented a step towards democracy in the central Asian nation.
“Preliminary results showed that the election was conducted in accordance with the constitution,” he was quoted by Reuters news agency as saying.
“We received no complaints about any violations during the vote.”
Losing patience
Independent media in the country has been shut down by Karimov and there are only a handful of opposition parties left.
Public criticism of Karimov, who has ruled for 18 years, is taboo.
But one Uzbek man, who asked not to be named, said of the leadership: “It’s more like a monarchy. We’ve been ruled by the same person for almost 20 years.
“Some people say they are running out of patience.”
Karimov’s relations with the West have been strained since the US and Europe criticised him after Uzbek troops opened fire on a protest in the town of Andizhan in 2005, killing hundreds of people.
Karimov claimed that those who died were Islamist terrorists.
Uzbekistan, with 27 million people the most populous nation of Central Asia, continues to be viewed by Russia as under its sphere of interest.
The land-locked nation is rich in natural resources and is the world’s second biggest exporter of cotton.
However, the country’s economy is in ruins and most people live in poverty.
Source : Al Jazeera, News Agencies 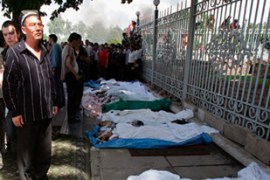 But ministers are split over progress made by Tashkent on human rights. 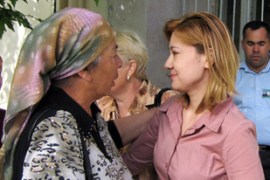 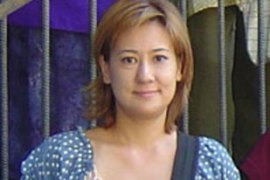 EU joins US and OSCE in condemning Uzkekistan’s jailing of human rights activists. 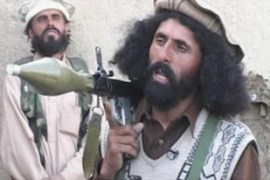