At least 19,000 Iraqis have also been killed this year.
Recent drop
Petraeus said there was an unmistakable recent drop in violence.
“Indeed, just about every category, every trend that we watch, is down, roughly about 60 per cent – civilian deaths, number of attacks – thankfully and touch wood, our casualties down substantially as well,” he said.

But Petraeus said any further withdrawals would depend on whether Iraqi violence continued to drop.
About 30,000 extra troops were sent in this year in a bid to quell the violence as part of a controversial “surge” strategy laid out by Petraeus and George Bush, the US president.
The US military blames most of the American deaths on armour-piercing roadside bombs which they say originate mainly in Iran and are planted by Shia fighters.
Meanwhile, David Satterfield, the US state department’s Iraq co-ordinator, told the Washington Post that Iran’s most senior ranks had apparently ordered Shia fighters to halt their attacks.
Iranian behaviour
That message followed gun battles between rival pro-Iranian Shia groups at two religious shrines in August.
The Iranians acted not from goodwill but out of “alarm at what was being done by the groups they were backing in terms of their own long-term interests”, Satterfield said.
Ryan Crocker, the US ambassador to Iraq, praised Iran for helping to curb the actions of Shia fighters.

He said if Tehran confirmed a new policy of restraint, it would be a good beginning for another round of talks with his Iranian counterpart.

But he also said that Iran’s role in the future of Iraq remained unpredictable.
Crocker said that the recent security successes in Iraq had created new challenges.
“There will be the ongoing challenges of reconciliation, and if there is a single overarching issue that will determine the future of this country that is it for me in one word,” he said.
Crocker said the return of hundreds of thousands of Iraqis who had fled to Jordan, Syria and beyond must be handled carefully “so it doesn’t sow the seeds of new tension and instability”.
Reintegration
Equally important would be finding a way to reintegrate the Sunni Arabs – 70,000 and growing – joining volunteer groups funded by the US to fight al-Qaeda in Iraq.
Handling Shia leader Muqtada al-Sadr’s Mahdi Army, whose fighters have been stood down “but in effect [are still] controlling various neighbourhoods”, continued to pose a huge long term challenge, Crocker said.

And balancing Turkey’s right to defend itself against Kurdish separatists based in northern Iraq with maintaining stability there would also have to be handled carefully.

As for al-Qaeda in Iraq, the US military said it saw a decline in the number of fighters arriving from Saudi Arabia and through Syria.
But the Pentagon’s quarterly progress report issued last week warned that improved security cannot be sustained without political and economic stability.
“I don’t think you could ask any Iraqi leader about this and find one who would say that he or she is satisfied with the pace of their progress,” Petraeus said.
Without significant improvements in those areas, the Pentagon may be hard pressed to proceed with its tentative plan to pull a quarter of the US combat forces out of Iraq next year.
Source : Al Jazeera, News Agencies 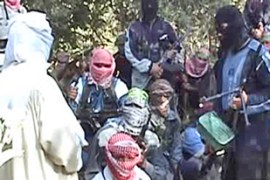 Video shows inner workings of group whose stated aim is to drive out foreign forces. 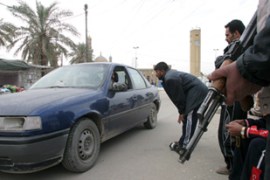 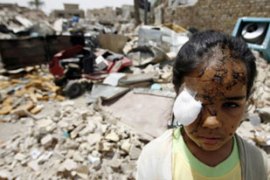