Earlier this month, Iraq accused Turkish forces of killing a woman during an air attack.
There were no reports of casualties in the incident, which Iraqi Kurdish security sources said occurred in al-Amadiyah area of northern Iraq.
“The aerial bombardment didn’t result in any people killed because the area is almost deserted because of fear of aerial and mortar attacks from the Turkish side,” Jabbar Yawer, spokesman for Iraqi Kurdish Peshmerga security forces, was quoted by Reuters as saying.
The Turkish army’s statement said it would continue military operations on both sides of the Turkish-Iraqi border against the PKK “no matter how the conditions are”.
Stability fears
Turkey has carried out intermittent air and artillery strikes and small-scale raids by ground forces across the Turkish-Iraqi border for the past three months.
Turkey says it has the right to attack PKK fighters who shelter in the semi-autonomous Kurdish region of northern Iraq and mount attacks which they have killed dozens of Turkish troops in recent months.
Both the US and Iraq have called on Turkey to avoid a major operation in the region, fearing it could destabilise a relatively calm area of Iraq.
About 40,000 people have been killed since the PKK began its armed struggle for an independent homeland in 1984.
The US and European Union, like Turkey, classify the PKK as a “terrorist organisation”.
Source: News Agencies 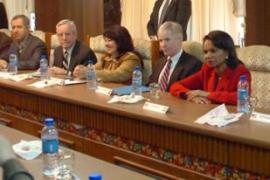 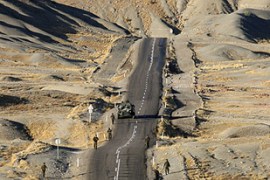