“The quake was pretty strong. If it had struck a village or a town it would have had an impact,” Suhardjono, an agency official, said

Strong quakes are common in this part of Indonesia, but most strike the unpopulated highlands of the remote area.

“So far we have not received any reports [of casualties or damage] but the quake was mildly felt in parts of Jayapura.”

The Indonesian archipelago sits on the Pacific Ring of Fire, where continental plates meet and cause frequent seismic and volcanic activity.

Indonesia was the nation worst hit by the earthquake-triggered Asian tsunami in December 2004, which killed 168,000 people in Aceh province alone. 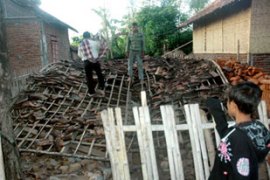 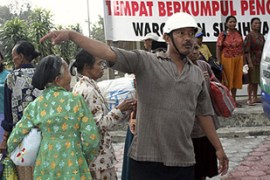 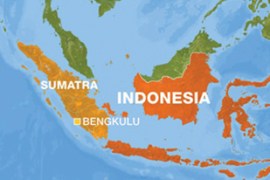 Magnitude 7 quake sends people fleeing from their homes in a panic.