Talking to journalists at the court, he said: “As about my health, I feel well and have no plans to die, but this regime is capable on anything.”

The court also decided to confiscate property belonging to Insanov worth more than $17 million.

Farhad Aliyev, a former economy minister, his brother Rafik – former head of the state company Azpetrol – and some other officials arrested along with Insanov are also in prison facing similar charges.

Political analysts say the biggest threat to Aliyev, the first dynastic leader to emerge in the former Soviet Union, lies within the nation’s secretive and fractious elite rather than in a relatively weak political opposition. 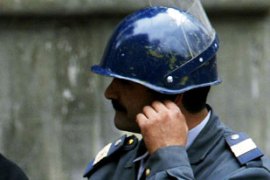 President Ilham Aliyev’s supporters have an unassailable lead in Azerbaijan’s parliamentary election, with Western observers set to give a verdict on the vote that could fuel opposition protests. 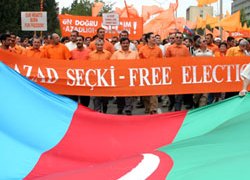 Human Rights Watch has said that it would be impossible to hold a free and fair parliamentary election in Azerbaijan this coming weekend due to violence and intimidation of the opposition.