Jemaah Islamiyah (JI) is a South-East Asian group fighting for a pan-Islamic state throughout the region.

In addition to the Bali bombings, JI is accused of attacking the Australian embassy in Jakarta in 2004 and car bombing the city’s JW Marriot hotel a year earlier.

Abu Dujana is accused of “plotting terrorist activities” and sheltering the men who carried out the Bali bombings. If convicted, he could face the death penalty.

His arrest in June, along with Zarkasih, JI’s leader, was a triumph for Indonesian authorities.

Police also seized two large caches of explosives, which they said were controlled by Abu Dujana, and used to attack Christians on the Indonesian island of Sulawesi.

But Abu Dujana’s lawyers say the case against him has been improperly presented and have challenged the court’s jurisdiction, saying his case should not be heard in the Indonesian capital, Jakarta, as the alleged crimes took place in other locations.

Also on Wednesday, three Indonesians convicted for their role in the 2002 Bali bombings have been given a month to seek presidential clemency to avoid death by firing squad.

Imam Samudra and brothers Amrozi Nurhasyim and Ali Ghufron, also known as Mukhlas, had their final appeal rejected in September.

The three men had argued that their convictions were illegal because they were based on an anti-terror law passed after the attacks but have said they will not seek clemency from Susilo Bambang Yudhoyono, Indonesia’s president, saying they want to die as martyrs.

In a statement read out by their lawyers two months ago, they said their blood would “become the light for the faithful ones and burning hell fire for the infidels and hypocrites”.

Made Sudarmaja, the chief prosecutor in the Balinese capital Denpasar, spoke after a court official said a copy of a Supreme Court verdict rejecting the convicts’ final appeal would be delivered to them next week.

“If after one month they failed to request presidential clemency, execution would be immediately carried out,” Sudarmaja told reporters on Wednesday.

Sudarmaji said the justice ministry had approved a request by the Bali prosecutors’ office not to execute the three on the island due to concerns about possible negative effects on tourism.

The three admitted in court to planning and carrying out the attacks, which they have said were meant to punish the US and its Western allies for alleged atrocities in Afghanistan.

About 30 people were convicted of carrying out the attack. At least two suspects remain at large. 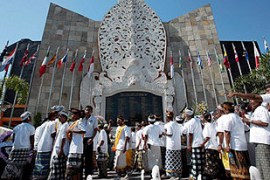 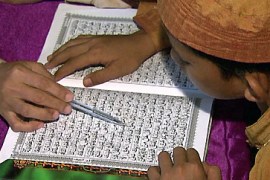 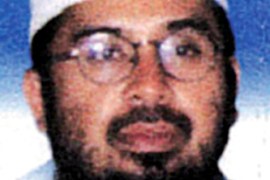 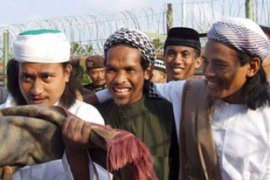