Gibbons is serving 15 days for allowing her pupils to name a teddy bear, Muhammad.

“I’m really sad to leave and if I could go back to work tomorrow then I would,” she said.

Gibbons is due to be deported on December 9 if the peers fail to secure a pardon before the sentence deadline.

He said on the one hand Sudan does not want to appear “weak” and bowing to British pressure. But on the other hand, they do not want to sound like “they do not care about religion”.

When asked if Gibbons is likely to be released early, Shoush said he thinks so.

The parliamentarians met Sudanese officials on Saturday to try to resolve the situation but were unable to meet al-Bashir because of his previous engagements.

On Saturday, Warsi said that Sudan‘s Islamic-led government “wants to resolve this matter … clearly they are under pressure from many quarters here in Sudan“.

The visit by the Muslim peers – considered more acceptable negotiating partners for the Khartoum government – came as Gibbons’ lawyer said he hoped there would be a presidential pardon.

“There is a probability she will be released before the end of her sentence,” Kamel Jazuli said on Saturday.

“The president has the right to do this for any prisoner and I don’t exclude that he will do it.”

Gibbons is being held at a secret location after thousands of people demonstrated in Khartoum after Friday prayers against what they view is a lenient sentence, with some calling for her death.

Some protesters brandished ceremonial swords and said she should be put to death.

David Miliband, Britain‘s foreign secretary, has said the situation was due to an “innocent misunderstanding” and has twice called in Sudan‘s ambassador to London. 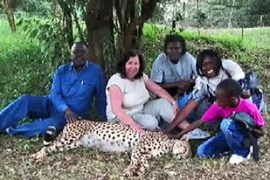 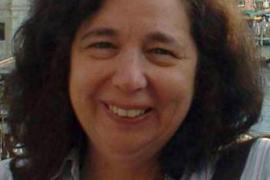 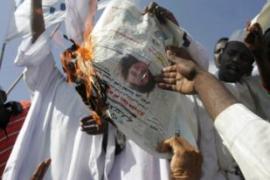