Smith said: “We are dealing here with an area of water that is thousands of miles away from mainland Australia. If there is an adverse incident on those seas, the capacity for rescue is very low.

“The capacity for adverse injury or fatality is very high.”

Greenpeace and the environmental group, Sea Shepherd, have each sent a ship to Antarctic waters to try to disrupt Japan‘s plan to kill more than 1,000 whales, including humpbacks – its largest hunt yet.

Greenpeace has vowed to stage a non-violent campaign but Sea Shepherd’s Paul Watson has threatened in the past to ram his ship, recently renamed the Steve Irwin, into Japanese whalers.

Smith said the Australian customs vessel Oceanic Viking would set off for the killing grounds in the next few days from the Western Australian port of Fremantle.

Smith said the ship and an A319 jet, operated by the government’s Australian Antarctic Division, would monitor the whaling fleet’s activities to collect evidence for a possible legal challenge to the cull in international courts.

The 105-metre Oceanic Viking, which has a reinforced hull to cut through ice, is normally fitted with two deck-mounted 0.50 calibre machine guns.

But Smith said the machine guns, as well as the firearms normally carried by the customs boarding crew operating from the vessel, would all be removed and stored below decks while it was monitoring the Japanese whalers.

“It will be surveillance, not enforcement, or intervention,” Smith said.

He said that customs officials would not attempt to board the whaling ships.

Smith said Australia would lead a formal diplomatic protest and appoint a diplomatic envoy to Tokyo to push its case for an end to whaling.

Japan says the whaling is carried out for scientific reasons, even though it admits most of the meat ends up on dinner plates.

However, he said it would not stop campaigners from his group putting inflatable boats between the Japanese ships and the whales. 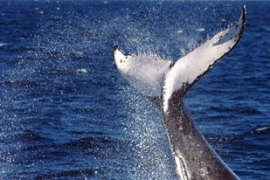 Endangered species among whales ordered to be caught, environmentalists say. 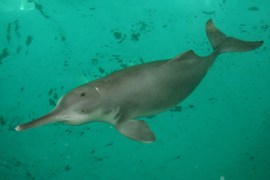 ‘Goddess of the Yangtze’ may have fallen victim to shipping, fishing and pollution. 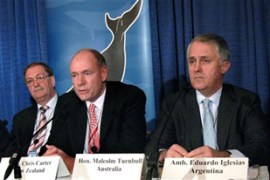 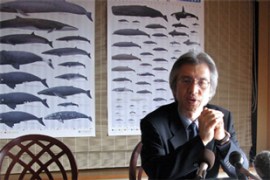