At the end of the Edinburgh talks, Robert Gates said that the ministers had agreed unanimously to draft a three- to five-year “strategic concept” laying out goals and benchmarks for the Nato mission in Afghanistan.

“As a result of that Centcom (US Central Command) will tell you they are reviewing their own Afghanistan plan,” Whitman said.

“These are things that complement each other.”
The year 2007 was the bloodiest in Afghanistan since the Taliban were ousted from power in late 2001.
‘Strategic concept’
Tom Casey, state department spokesman, played down the idea that a fundamental strategy review was under way.
“Look, my understanding is the administration is continuously reviewing its plans and efforts to implement our strategy for Afghanistan,” he said.
“But I’m not aware that there is any effort to devise a new strategy as opposed to simply a continuing effort to implement the strategy that exists.
“There’s an ongoing effort at implementing our strategy. And that certainly includes looking at our full range of diplomatic tools that are available, including reconstruction support and other kinds of efforts.”
Afghan co-ordinator?
This year, there were 77 suicide attacks just in the first six months – about twice the number for the same period last year and 26 times higher than from January to June 2005, according to a UN survey.
Towards the end of this year, that figure had risen to around 140.
The New York Times reported on Sunday that the US had launched a thorough review of its military, economic and diplomatic strategy amid worries about the lack of progress.
The US is also reportedly searching for an international co-ordinator to help synchronise all the efforts on Afghanistan.
Rumours say British diplomat Paddy Ashdown, the former UN representative to Bosnia-Hercegovina in 2002-2005, could be tapped for the job. The US has just 26,000 soldiers deployed there.
Source : News Agencies 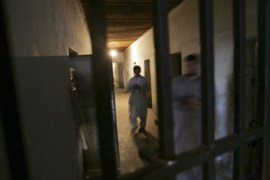 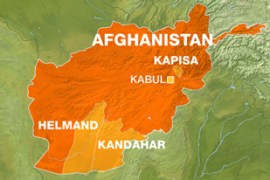 Fifteen guards working for a private US security firm are killled.