Bakiyev dissolved the outgoing chamber, packed with his opponents, in October.
He says a less unruly parliament will lead to stability.

“I am sure our new parliament will not be like the one before,” he said after casting his ballot in the capital Bishkek.

“Either way it will be a new and productive parliament.”

His Ak-Zhol party accused the opposition parties of cheating.

“Voters were offered vodka by unknown people who said they were from the Social Democratic party in exchange for their votes,” it said in a statement.

Twelve political parties were competing for the 90 seats in the Zhogorku Kenesh, the former Soviet republic’s legislature.

“There is a lot of dirt and intrigue in these elections … Our party has apparently become too powerful and has started to scare a lot of people,” Almaz Atambayev, head of the opposition Social-Democratic party, said.

“It seems the plan is to have one team in parliament that would vote unanimously.”

However, the referendum on the changes was criticised by the Organisation for Security and Co-operation in Europe. More than 250 observers from the OSCE were dispatched to Kyrgyzstan for Sunday’s poll.

But opposition groups have said they will respond to any election fraud by taking to the streets again. 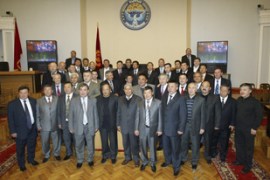 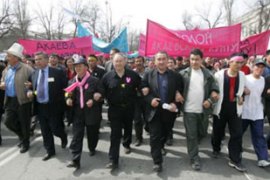 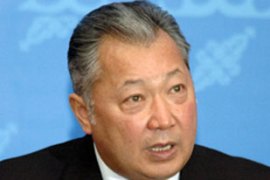