The first regular train service between the North and South Korea in more than 50 years is running empty due to a lack of demand for its cargo services, but railway officials have ruled out suspending the service saying it is too symbolic.

“It will likely run empty on Friday as well,” a spokesman told AFP. “But the service will be unaffected given its symbolic significance.”

A South Korean freight train carried construction materials and other items on its inaugural trip on Tuesday across the heavily-fortified frontier to and from a joint industrial zone in the North Korean border city of Kaesong.

On Wednesday the train, which is scheduled to make a daily weekday round-trip to Kaesong, ferried a group of South Korean officials on a visit to the North.

The regular rail freight service, launched early this week, is the first tangible result of the October reconciliation pact between North and South Korea.

South Korean officials also touted the service as a potential link to the trans-Asian rail networks, offering exporters the possibility of better links with key marks in Asia and Europe.

However South Korea’s Unification Ministry said companies were not using the service because trucks were still preferred to transport materials, but they hoped there would be a gradual shift to use the rail service.

Kim Nam-shik, a ministry spokesman, said those operating in the Kaesong factory park wanted to gauge the service before using it.

He added that North and South Korea may also discuss skipping the service when there is no cargo to be carried.

The ministry also predicted a rapid growth in demand for the cargo train service saying it expected the total two-way freight to reach one million in 2010. 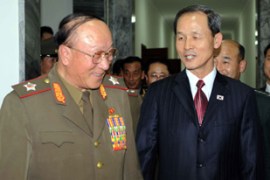 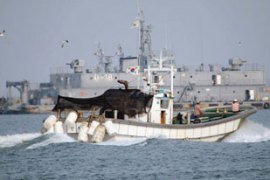 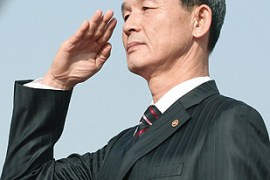 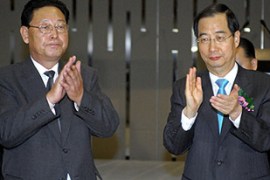 First cross-border cargo movement in 50 years to start next month.