But Sigmar Gabriel, Germany’s environment minister, played down the dispute saying a resolution was likely.
“All parties are willing to be flexible, to search for a compromise,” he said.

“I think that the situation is good, the climate in the climate conference is good, [and] that we will have success in the end.”

The row over how far industrialised countries should commit to cutting emissions has deadlocked the two-week talks, which are due to finish on Friday.

On one side is the US and several other industrialised nations – including Russia, Japan and Canada – who argue that it is too early to commit to specific targets for cutting emissions.

But the EU and the developing nations argue that rich nations should take the lead in fighting global warming and adopt the 25-40 per cent cuts.

Step Vaessen, Al Jazeera’s correspondent in Bali, said: “Some people are saying, ‘wait until three o’clock in the morning and then they’ll probably all agree with it’. That sounds a little cynical but it’s probably the way things will go.

“At the end of the day there should be some kind of compromise because nobody wants to take the blame that they are the ones blocking the whole proccess here.”

Yvo de Boer, the UN climate chief, told Al Jazeera the talks could still be a success without the adoption of the emissions cut ranges.

“This conference will have been a success for me if it launches negotiations, agrees an agenda and sets a 2009 end date,” he said.
“And I’m pretty confident that that’s going to be achieved.

“Whether or not the decision makes a reference to one of many ranges that the intergovernmental panel on climate change has come with is useful and important but not essential for me,” he told Al Jazeera.

On Thursday, Al Gore, the former US vice-president, said his country was blocking progress on climate change.

“I am going to speak an inconvenient truth – my own country – the United States – is principally responsible for obstructing progress here in Bali,” he told delegates.

Gore, who was a joint winner of this year’s Nobel Peace Prize, said he hoped for a change of heart on the part of some countries, “including, and most importantly, my own”.

The objective of the Bali talks is to set the framework for two years of negotiations that will culminate in a treaty on how to tackle climate change.

While there is still four years to go, the UN says that is only a short amount of time to negotiate a workable global treaty and have it ratified by governments. 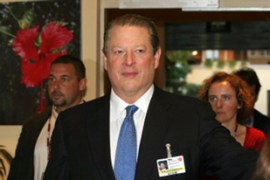 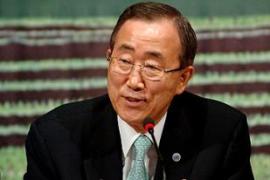 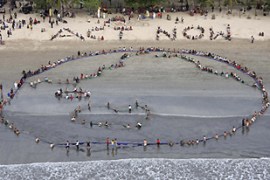 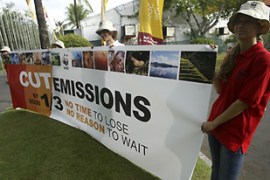