Efforts to form a centre-right coalition of two Dutch-speaking and two French-speaking parties by Yves Leterme, the leader of the Flemish Christian Democrats who won the June election, were abandoned on December 1.

Leading Flemish parties had refused to give up their demands for greater autonomy for the northern region of the country.

Walloonian politicians fear that the economic stability of their southern region could be damaged if power is devolved.

“Verhofstadt will try to form an interim government,” Tom Ongena, a spokesman for the Flemish Liberals, said.

But he warned that “it’s up to the political parties to take a decision”.

The country is run under a federal system, with a government consisting of politicians from Flanders, the Dutch-speaking region, and the poorer French-speaking Wallonia.
During the crisis Verhofstadt’s outgoing cabinet has run day-to-day government business but has not undertaken more in-depth policy initiatives.
Belgium’s three main unions are to step up the pressure on the authorities next Saturday with a demonstration to call on a new government to tackle problems, which include eroding purchasing power.

The country’s business community is also increasingly alarmed about the effect that the political paralysis is having on the economy and the impact it will have in the eyes of foreign investors.
Source : News Agencies 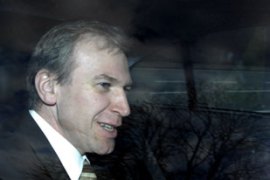 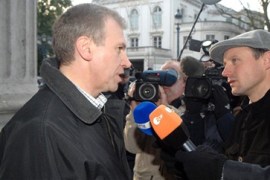 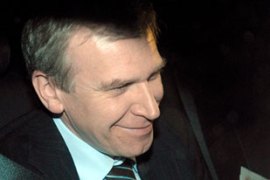