Irna said that the note was handed over to the Swiss Embassy in Tehran, which looks after US interests in Iran in the absence of diplomatic relations between Tehran and Washington.
Mottaki was quoted as saying: “The day the report was issued, the foreign ministry submitted a formal note of protest to the Swiss Embassy and demanded explanations over [US] espionage activities taking place.”
‘Vindication’
The US report, released on Monday, was a sharp turnaround from a previous intelligence assessment in 2005.
Iran has touted the report as a vindication of its claim that its nuclear programme is only peaceful.
Iranian officials insist that the US should drop attempts to impose new UN sanctions in light of the report’s conclusions.
Mottaki said 70 per cent of the US report was “true and positive”, but denied the allegations that Iran had a nuclear weapons programme before 2003.
Mohamed ElBaradei, head of the UN nuclear watchdog agency, called the report a “sigh of relief” because its conclusions also align with his agency’s findings.
US steadfast
Iran is already subject to two rounds of UN Security Council sanctions over its refusal to halt uranium enrichment, a process that can produce either fuel for a reactor or a nuclear warhead.
Political directors from the six key countries dealing with Iran’s nuclear programme – the US, Russia, China, France, Britain and Germany – are scheduled to talk by phone on Monday or Tuesday about a new sanctions resolution, Security Council diplomats said.
On Friday, a senior Pentagon official stressed that the new reports playing down Iran’s nuclear ambitions had not changed the US defence department’s view of Iran as a source of instability in the Middle East.
Marine Corps Lieutenant-General John Sattler, director of strategic plans and policy for the Joint Chiefs of Staff, said US military crisis planning on Iran had not altered since the report.
Source: News Agencies 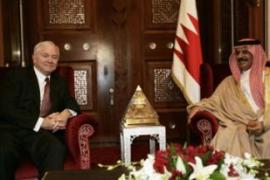 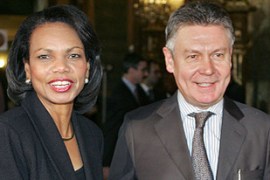 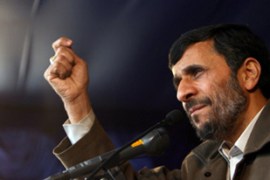 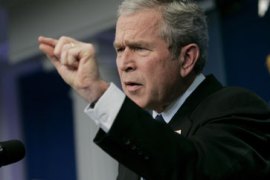 Al Jazeera’s Marwan Bishara assesses how the NIE could play out for the US leadership.