Iran is also “funding and training” militias in Iraq, supporting “terrorist organisations” such as Hezbollah and Hamas and developing “medium-range ballistic missiles that are not particularly cost-effective unless equipped with warheads carrying weapons of  mass destruction”, Gates said.
“Everywhere you turn, it is the policy of Iran to foment instability and chaos, no matter the strategic value or cost in the blood of innocents – Christians, Jews and Muslims alike.”
Iran cancelled its appearance at the Manama conference and denies US charges that it has armed, trained and funded Shia militias in Iraq, blaming the violence in Iraq on the US-led invasion to topple Saddam Hussein in 2003.
Weapons programme
Gates, a former CIA head, argued that the recent US National Intelligence Estimate on Iran’s nuclear programme did not rule out Tehran restarting its pursuit of atomic weapons. Iran says its nuclear programme has only peaceful civilian aims.
He said: “The estimate is explicit that Iran is keeping its options open and could restart its nuclear weapons programme at any time – I would add, if it has not done so already.
“Although the estimate does not say so, there are no impediments to Iran’s restarting its nuclear weapons programme – none, that is, but the international community.”
Co-operation urged
Gates urged Iran’s neighbours to co-operate more closely in their defence activities to counter Tehran’s policies and specifically consider a joint early warning system to detect missile launches.

That, he said, could deter Iran from pursuing development of such weapons.

Gates rejected suggestions that a nuclear-armed Israel would be a  threat to Gulf countries, prompting laughter from a room filled with government officials from Middle Eastern countries.
He also dismissed suggestions that Washington employed double standards over Israel and Iran.
“Israel is not training terrorists to subvert its neighbours, it has not shipped weapons to a place like Iraq to kill thousands of civilians, it has not threatened to destroy any of its neighbours, it is not trying to destabilise the government of Lebanon,” Gates said.
Source: News Agencies 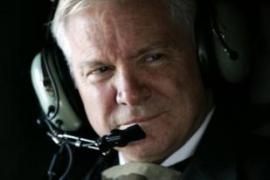 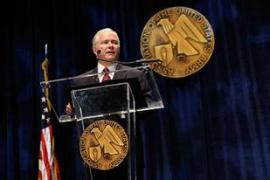