“I would go so far as to say, if the only result of Operation Last Chance is that Albert Heim is brought to justice, that in itself would be worth it”, Efraim Zuroff, the director of the centre in Israel, said on Tuesday in Buenos Aires, the Argentinian capital.

Dozens of war criminals fled to Chile and Argentina after World War Two ended, some with the aid of Argentina’s authorities.

Heim, an Austrian doctor who worked in three Nazi concentration camps and is accused of killing Jews using horrendous methods, would be 93-years-old today if he is still alive.

Heim is the second-most-wanted criminal on the Wiesenthal Centre’s list after Alois Brunner, who was in charge of transporting 128,500 Jews to the camps.

The project also offers $10,000 for information about other Nazis hiding in the region, but Heim is a major focus.

Nazi hunters believe Heim is living between Uruguay, Chile and other areas in South America, as well as Spain.

Heim is believed to be alive as he continues to maintain a bank account in Germany containing more than $1.5 million, Zuroff said.

The centre’s Last Chance project started in Lithuania, Latvia and Estonia in July 2002 and has turned up 488 suspected Nazi criminals in 20 countries.

Among Nazis found previously in Argentina is Adolf Eichmann, an architect of the Holocaust, in the 1960s. He was hanged in 1962 in Israel.

Rudolf Hess, Hitler’s deputy in the Nazi Party, was tried at Nuremberg and sentenced to life in jail at Spandau Prison, where he died in 1987.

Forced labour camps commander Josef Schwammberger was found in Argentina in 1987, where he had lived under his own name for 39 years.

He was extradited to Germany, tried and sentenced to life in prison, where he died in 2004. 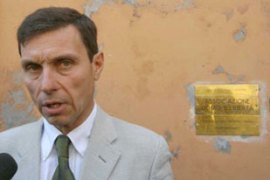 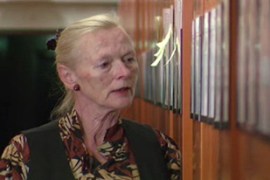