Chadian army sources, who asked not to be named, said government forces moved against the RFC from several directions.

“The rebels were encircled in a ‘wadi’ [dried-out riverbed] near the Kapka massif … They were embedded in caves. Fighting was heavy,” one source told the Reuters news agency.

Id Moura Maide, an RFC spokesman, confirmed that the clashes had taken place.

“The army provoked us. The fighting is extremely violent and is still going on,” Maide said.

The RFC and another group, the Union of Forces for Democracy and Development (UFDD), ended a Libyan-brokered ceasefire more than a week ago.

They were among several rebel groups fighting to end the 17-year rule of Idriss Deby, the president, over the landlocked African country.

A third armed group called the United Front for Democratic Change (FUC), which is loyal to a defence minister sacked over the weekend, has also clashed with government troops around the eastern town of Guereda.

The fighting has cast new doubts over the deployment of the planned French-led EU peacekeeping force, which has already been delayed until the New Year.

Its commanders say EU member states have been slow in committing to provide essential aircraft, helicopters and medical units. 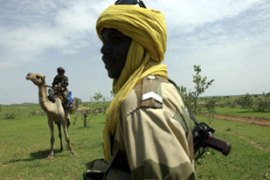 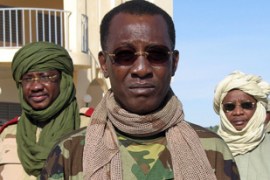