Witnesses said that the clashes began when tribesmen, angry that the oil firm had rejected their requests for employment, prevented staff from working.

Armed tribesmen had set fire to a military vehicle and held six soldiers hostage for several hours before releasing them.

“Tribal leaders were contacted by very senior officials in San’aa, who gave assurances that they would intervene to end the clashes and settle the problem,” a tribal source told AFP news agency.

But witnesses said the clashes in the Usailan district of Shabwa province, 480km from San’aa, were continuing.

Powerful tribes in Yemen frequently resort to kidnappings or violence to give them leverage in disputes with the central government.

Two foreign oil engineers and their local driver were briefly kidnapped by a Yemeni tribe in the southern province of Abyan two months ago in a dispute over a work contract.

On Monday, tribesmen blew up a crude oil export pipeline to back up tribal demands.

Scores of holidaymakers and foreigners working in Yemen have been kidnapped over the past decade by tribesmen demanding better schools, roads and services, or the release of prisoners.

Most have been released unharmed.

In September, a tribe in Shabwa abducted two foreign engineers and their Yemeni driver in a dispute between a local contractor, apparently a member of the tribe, and the hostages’ employer.

They were freed unharmed. 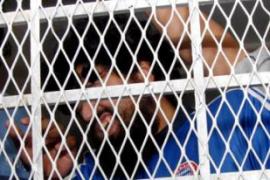 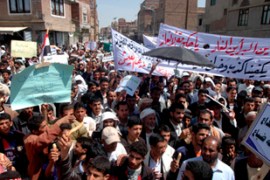 At least one killed and nine wounded in clashes with police over rising prices. 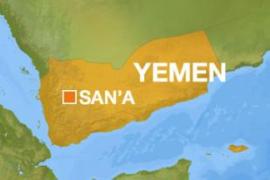 Abductions reportedly because of dispute between tribe and firm over work contract. 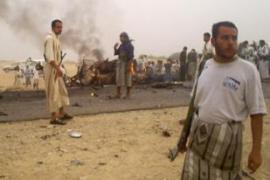