“Every day it gets more difficult to talk about borders.”
The group said it found clandestine mobile home assembly in several long-standing settlements.
Jewish settlements on occupied Palestinian land are illegal under international law.
Settler momentum
The road map also requires Israel to dismantle all unauthorised outposts built since March 2001.
The Yesha settler movement, admitted it was expanding settlements and vowed to keep building on West Bank land, saying it was given to Jews by God.
“The Peace Now report proves that settlement has momentum and will not let up for a moment,” said Yishay Hollender, a spokesman for the group.
Palestinians condemned the Israeli government in the wake of the report’s findings.
Palestinian view
“All that Israel is doing on the ground is of course an obstacle to all that we are trying to achieve,” said Rafiq Husseini, an aide to Mahmoud Abbas, the Palestinian president.
According to government statistics in Peace Now’s report, the number of West Bank settlers increased by 5.8 per cent to 267,500 in the first half of 2007, more than three times population growth in Israel.
Ehud Olmert, the Israeli prime minister, acknowledged this week that both sides have not fully implemented the road map, but said Israel was committed to doing so.
About 2.4 million Palestinians live in the West Bank, which Israel has occupied since the 1967 war.
Palestinians fear they would not be able to create a contiguous and viable state in the West Bank and Gaza if Israeli settlements remain.
Source : News Agencies 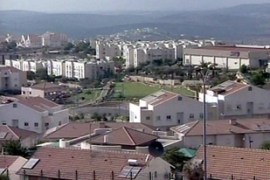 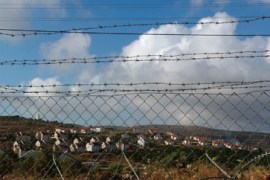 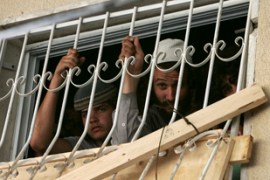