Last year, Argentina had issued international arrest warrants for Akbar Hashemi Rafsanjani, the former Iranian president, seven other Iranians, and a former member of Hezbollah, on charges of masterminding the attack.
Iranian claim
Interpol said in March it would issue its own wanted notices against six of the nine, leaving out Rafsanjani.

Iran has denied any link to the bombing and says that Interpol risks being dragged away from police work into the realm of politics.

The Iranian government blames the United States and Israel for trying to implicate the country in the attack.

In a statement after the vote, Jackie Selebi, the Interpol president, said Argentina and Iran had been treated fairly and impartially.

But an Iranian official has criticised the move.

“It is a political vote and not acceptable for us,” an Iranian delegate who asked not to be named, told Reuters news agency.

“The testimony is not credible.”

The delegate also said Argentina had been told to produce new evidence to back up the arrest notices but had not done so.

The wanted notices were issued for Ali Fallahijan, Mohsen Rabbani, Ahmad Reza Asghari, Ahmad Vahidi, Mohsen Rezai and Imad Fayez Moughnieh, a Hezbollah fighter, who is also wanted for his alleged role in an attack on US forces in Lebanon in 1983.

Iran would review the situation and determine how to react, the delegate said.

“This step confirms the international community’s majority support for helping the Argentine justice system solve this terrible crime,” the foreign ministry said in a statement.

In Buenos Aires, the judge in charge of the bombing case said the decision was a success for Argentina, but acknowledged the Iranians could only be arrested if they left their country.

“I understand that the majority of them are in Iran and they will not be leaving Iran,” Rodolfo Canicoba Corral, a federal judge, told local television.

The cat-and-mouse diplomacy took another turn in August when an Iranian court sent Argentina summons for five Argentines, accusing them of “actions against the security of the Islamic Republic”.

The notices seek the arrest of a wanted person with a view to extradition but do not force a country to arrest suspects. 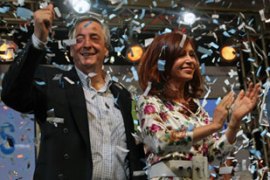 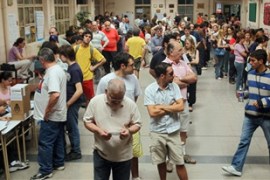 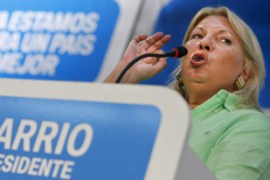 Argentina votes for a new president